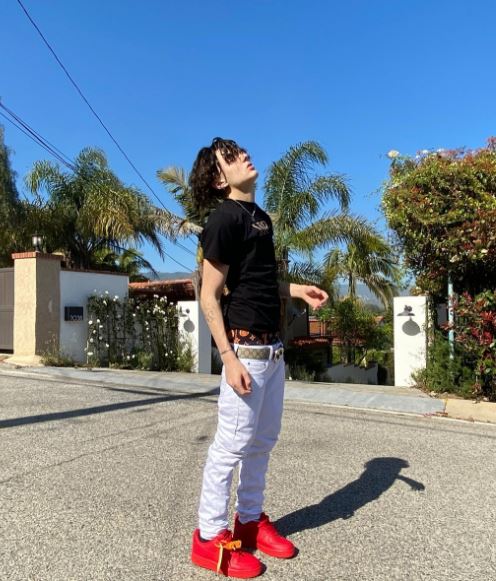 Aaron Melloul is a Rapper and social media sensation who is known for performing under the name 7AM. He has released many originals and has even performed with the big stars, including Post Malone. He has appeared for many creative contents and also has his own merchandise line.

Learn more on Aaron Melloul and get to know facts on him on his dating life, music, net worth, and much more.

Aaron has had much success over the years over his social media presence. He launched himself as a skateboarder and gained fame by posting on his skills and entertaining his viewers. Likewise, he soon turned his way to becoming an artist with the recognition he had already earned through his skateboarding. He now has over 366k followers and often flaunting pictures of himself and also showcasing his own line of hoodies. Besides, he is also quite popular on other social platforms like TikTok and Sound Cloud. He has been releasing many of his originals on the music sharing platform. His most notable songs on the platform are Save Me and Jesus Honcho & Hoodie Boy.

Besides, he has also collaborated on YouTube with many YouTube stars for his entertaining videos. His most notable collaboration is with Zach Clayton, with whom he also has shot music titled “Road Trip,” which also featured the ‘YouNow’ star Psycho. Likewise, he was also named as part of the lineup at Weekend Rush Tour 2017 and later joined the DigiTour Winter 2017. However, his most notable presence in the stage was with the rapper Post Malone. As of 2020, Aaron Melloul’s net worth is still under review as he has not shared much on his income and earnings.

Unlike many stars of his age, Aaron has maintained his life private. He has not shared any details on his dating life and has not appeared much with girlfriends publicly. Likewise, we also could not find any pictures hinting him with a girlfriend of any sort as he is likely single.

Nonetheless, Aaron might also be dating in private to avoid unwanted media attention. We would have to wait for him to reveal more for us to be clear on his dating life.

Aaron was born in 2002 in Los Angeles, California. He celebrates his birthday on May 2, which makes his age 17. Although he has not shared many details on his parents, the young star is helped by his father on filming his videos. He also has a sister.

Aaron holds an American nationality and comes from White ethnicity.