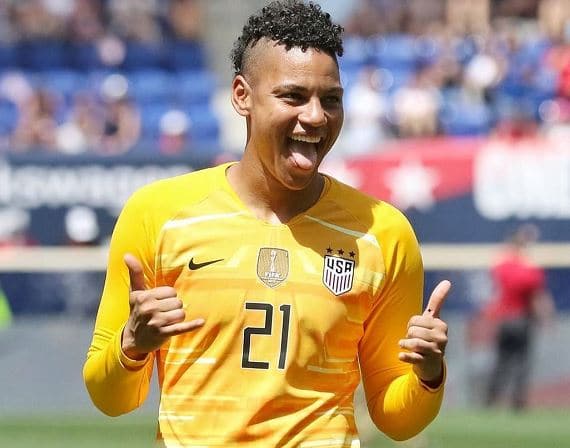 American Soccer goalkeeper Adrianna Franch plays for the Portland Thorns F.C. She was once a part of the United States U23 women’s national soccer team. She has been named NWSL Goal Keeper of the Year for two consecutive seasons in 2017 and 2018.

Adrianna started her career playing for Oklahoma State University in 2009. In 2013, she became the first goalkeeper picked by any team after signing with Western New York Flash. During her first match against Sky Blue F.C., she made six saves. Later in the year 2014, she couldn’t play due to a torn anterior cruciate ligament. She moved to Avaldsnes IL in 2015 and managed to play in 12 matches where the team finished second.

Adrianna shifted to the National Women’s Soccer League club, Portland Thorns F.C., in 2016. Since joining the club, she has played in almost 29 matches, winning NWSL Goalkeeper of the Year award. She has already played for the United States U20 and U23 side.

In 2016, Adrianna was called into the United States women’s national soccer team to play along with Julie Ertz and Alex Morgan.

Adrianna has earned a decent amount of riches from her profession. She is also one of the highly ranked players who enjoy a great fortune. As of June 2020, Adrianna’s net worth is estimated at $3 million.

Adrianna is happily married to her wife, Emily Boscacci. The two exchanged wedding vows and tied the knot on 21 December 2019 on a rainy day in Portland, Oregon.

Adrianna and her wife first met through a mutual friend in February 2017. Months later, in October 2017, the Portland Thorns F.C. star popped the question to Emily and got engaged.

Now, the lovebirds are enjoying their newly married life in Portland, Oregon. They are also doting parents to two kids.

Adrianna was born on 12 November 1990 in Salina, Kansas, United States. She grew up with her single mom and two siblings, a brother and sister. When she was ten, her family got home through Habitat for Humanity, which she and her mom helped to build.

Adrianna completed her high school education at South High School in her home town, where she played as their starting goalkeeper for three years. She missed out on her final season due to a basketball-related injury. She joined Oklahoma State University-Stillwater. During her college career in the year 2009, she appeared in 24 games, allowing 14 goals. She is also a two-time All-American and a two-time MAC Hermann Trophy semifinalist.

Adrianna has a tall height of 5 feet 9 inches.