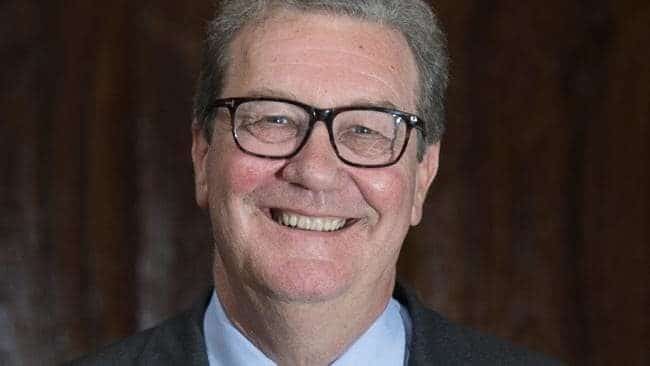 Former Australian politician and diplomat Alexander Downer holds the title for Australia’s shortest-serving leader of the nation’s leading conservative party and longest-serving foreign affairs minister. He worked on peace talks between Greek Cypriots and Turkish Cypriots as the UN Secretary General’s Special Advisor on Cyprus. Now, he is a trustee of the International Crisis Group, and Chairman of the UK think tank Policy Exchange.

Alexander is a former Australian politician and diplomat who was the leader of the Liberal Party from the year 1994 to 1995. He served as the Minister for Foreign Affairs from 1996 to 2007 and High Commissioner to the United Kingdom from 2014 to 2018.

After working for the Bank of New South Wales and with the diplomatic service, Alexander was appointed as an executive director of the Australian Chamber of Commerce in 1983. He also worked as an advisor to Liberal leaders Malcolm Fraser and Andrew Peacock. He was elected to parliament at the 1984 federal election, winning the Division of Mayo in South Australia.

Alexander is currently the Executive Chair of the International School for Government at King’s College London. Credit: twnews

When the Howard Government rose to power in the year 1996, Alexander was appointed as a Minister for Foreign Affairs. He worked until the government’s defeat in the year 2007, making him the longest-serving foreign minister in Australian history. He left politics in 2008 and was named Special Adviser to the UN Secretary-General on Cyprus. He held that post until the year 2014 when he was appointed High Commissioner to the United Kingdom by the Abbott Government.

Alexander has a massive net worth to his name. His net worth is estimated at $4 million.

Alexander is happily married to wife Nicola Downer since 1978. His wife is a prominent figure in the arts community. In 2005, Nicola was appointed a Member of the Order of Australia for her service to the arts.

Alexander Downer with his wife and children. Credit: The Australian

Alexander and his wife are doting parents to four children: Georgina, Olivia, Edward, and Henrietta. Their relationship is still as strong as it was 42 years ago when they exchanged wedding vows.

Alexander Downer was born in the year 1951 in Adelaide, South Australia, to Sir Alexander Downer and Mary Downer. He grew up with his three sisters. His family has a long history in South Australian politics. His father was a Minister for Immigration in the Menzies Government and later worked as a High Commissioner to the United Kingdom.

Alexander went to Geelong Grammar School in Australia. He then completed a Bachelor of Arts in politics and economics at Newcastle University in Newcastle upon Tyne.

Alexander stands tall at the height of 6 feet 2 inches.