Ana De Armas made her debut in Hollywood in 2015 and now, in 2020. she has six films scheduled for release in Hollywood. She has had a successful career after long years of struggle. However, the actress is making headlines because of her relationship with the popular actor, Ben Affleck. Ever since she was linked to BenBen Affleck, she has been a hot topic for Hollywood gossip and has lines of paparazzi taking her pictures with her boyfriend.

Ana started her debut appearing in the romantic drama Una rasa de Francia. Later she appeared in many Spanish movies like Madrigal, Anima, El callejon, Faraday, and Anabel before appearing in the English movie Knock Knock in 2015. Likewise, she later appeared in movies like Exposed, Overdrive, Yesterday, Knives Out, The Informer, and Wasp Network. In 2020, she is set to appear in six movies including, Sergio, Deep Water, No Time to Die, and Blonde.

Besides, Ana also had a TV career and in 2007 appeared as Gloria in El edén Perdido. From 2007-2010, the actress appeared in El Internado and Revelados in 2008. She also played the role of Nerea in Hispania, la leyenda, and herself in Actrices. As of 2020, Ana De Armas holds a net worth of $4 million.

Ana De Armas is dating the American actor and filmmaker Ben Affleck. The duo met on the set of Deep Water in 2019 and has been spotted together several times. Ana and Ben were first linked when they were spotted together on vacation in Havana, Cuba, in march of 2020. Since then, the couple has been spotted numerous times, including running for errands, taking their dogs for a walk, enjoying lunch, and much more. Ana made her relationship with an Instagram official when she uploaded a picture with Ben Affleck on her birthday. 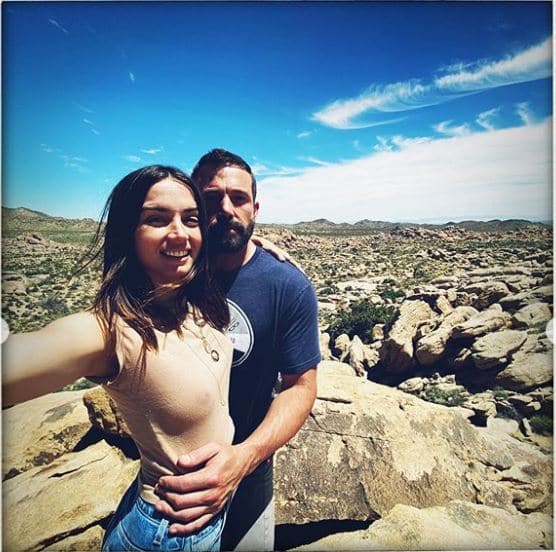 Previously, she was in a relationship with Marc Clotet, a Spanish actor, with whom she tied the knot in 2011 before divorcing in 2013. Later, she dated David Victoria from 2013 to 2014 and was engaged to Franklin Latt with whom she was in a relationship from 2015 to 2016. From 2017 to 2018, she was dating the Cuban painter Alejandro Pineiro Bello.

Ana Celia de Armas Caso was born in 1988 in Havana, Cuba. Ana celebrates her birthday on April 30, which makes her age 32. Ana was born to her father, Ramon, and mother, Ana. She also has a brother named Javier. Amanda grew up during Cuba’s Special Period. She grew up watching Hollywood movies in her neighbor’s apartment. She decided to become an actress at early age 12 and, at the age of 14, successfully auditioned to join Havana’s National Theater School of Cuba. At age 18, she moved to Madrid, Spain, with €200 in savings and Spanish citizenship.

Ana De Armas holds Cuban and Spanish nationality and comes from Cuban ethnicity. Ana De Armas has a height of 5 feet and 6 inches.