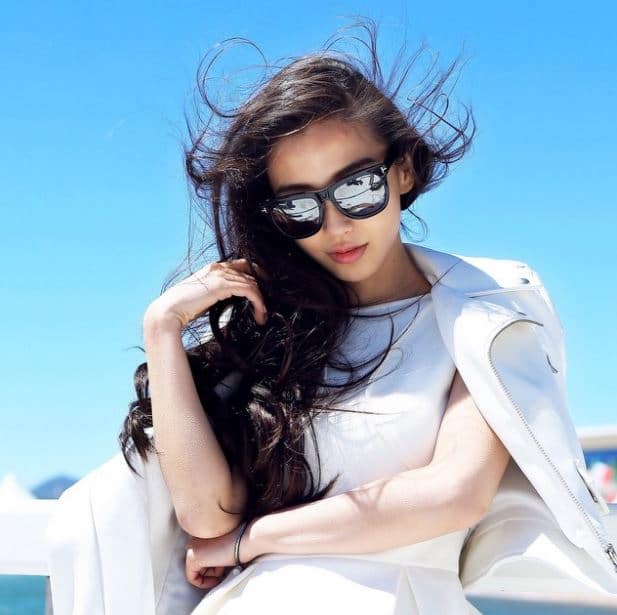 AngelaBaby is not only an actress but also a model and singer and is undoubtedly one of the influential personalities in China. She has appeared in many of China’s hit movies and was chosen by Southern Metropolis Daily as one of the New Four Dan Actresses in 2013. Likewise, AngelaBaby also won the Hundred Flowers Award for Best Supporting Actress for her role in the blockbuster movie, Mojin: The Lost Legend. Besides, she is also a business investor and philanthropist, donating $2.6 million to charity to help university graduates start a business or seek employment.

Angelababy made her debut as an actress in the movie Trivial Matters in 2007 with only a 5-minute cameo appearance. She starred in numerous films and music videos before earning her first role in the 2011 film, Love You. In 2012, she starred in the romance film First Time which earned her award for the Most Anticipated Actress award at the 13th Chinese Film Media Awards.

In 2013, she appeared in Young Detective Dee: Rise of the Sea Dragon, playing a beautiful courtesan for which her role was awarded the Most Popular Actress award at the 21st Beijing College Student Film Festival. She joined the cast of Keep Running in 2014 and became a household name in China. In 2014, the actress made her Hollywood debut through Hitman: Agent 47 and has since starred in other movies like Mojin: The Lost Legend, Love Yunge from the Desert, General, and I, Entrepreneurial Age and My True Friend. As of 2020, AngelaBaby’s net worth is still under review.

AngelaBaby is married to her husband, Huang Xiaoming, who is a renowned Chinese actor. The couple had been dating secretly before revealing their relationship on February 2014. The couple was officially married on 27 May 2015, and the wedding ceremony took place in Shanghai on 8 October 2015. From their marriage, AngelaBaby first welcomed her first son, nicknamed Little Sponge, on 17 January 2017.

Angelababy with her husband, Huang Xiaoming

Angela Yeung Wing was born in 1989 in Shanghai, China. She celebrates her birthday on 28 February, which makes her age 31. She was born to father, half Chinese and half German, and mother Rowena Tung, Shanghainese. AngelaBaby’s father runs a fashion business in Shanghai, and she grew up with her older brother, Keven Yang Fan.

The actress attended Notre Dame College before graduating from Canossian Sacred Heart Business College in China. She holds Chinese nationality and comes from a mixed ethnicity. Likewise, AngelaBaby stands tall at the height of 5 feet and 6 inches and weighs around 48 kg.