Anisa Jomha rose to fame after she started her career as a streamer. However, her career went controversial as she was labeled as “boobie streamer.” Nonetheless, she shared that she no longer wanted to become a boobie streamer in a video in March 2016.

Regardless, on March 9, she tweeted that she would be opening a OnlyFans account, which has again shocked all of her followers. Many know that the streamer is in a relationship with her boyfriend and is curious how he is taking the news. Learn more on Anisa Jomha and how her boyfriend reacted on her decision to open an OnlyFans account.

Anisa earned prominence as an internet celebrity as a streamer. She has streamed many of her gameplays on her Twitch channels and vlogs on YouTube channel. The gamer initially started streaming in 2015 with League of Legends gameplays with the name “Raihnbowkidz” on Twitch. She has now earned more than 220,000 followers on the platform.

Besides, she also started playing LoL in 2015 and uploaded her first video in 2015 in August. Now she has earned more than 107 subscribers on the channel. Furthermore, the YouTuber also has over 76k followers on her Instagram. Moreover, she announced that she would be launching a new account on OnlyFans, a social media service that allows creators to provide exclusive content to paid subscribers, mostly pornographic content. As of 2020, Anisa Johma’s net worth is still under review.

Anisa has been dating a fellow YouTuber, iDubbbz’s, real name Ian Carter, since 2016. Their relationship started through a mix of boredom and twitter. As Anisa recalls, she was alone in a hotel in San Diego and was scrolling through twitter when she noticed IDubbbz was tweeting nonstop. She tweeted back at him, asking to save her from boredom. Later, iDubbbz picked her up from her hotel and had a fun date enjoying tacos and sharing conversations for hours.

Moreover, the couple continued their conversation even when Anish returned to Canada. As the relationship grew more serious, Anisa packed her bags and moved to California to be closer to her boyfriend. Nonetheless, Anisa has been very open on her relationship, sharing tons of pictures with her boyfriend. Nevertheless, when she was asked how her boyfriend reacted on her decision to open a OnlyFans account, she responded, “very supportive.”

Anisa Johma was born in 1993 in Alberta, Canada. She celebrates her birthday on June 25, which makes her age 26. Likewise, her mother, Maureen, and father raised her together alongside her brother Muhammad and sister, Iman. Anisa comes from a mixed-culture household as her mother is of Irish Catholic, while her father is a Lebanese Muslim.

Anisa holds Canadian nationality and comes from a mixed ethnicity. She has a height of 5 feet and 3 inches. 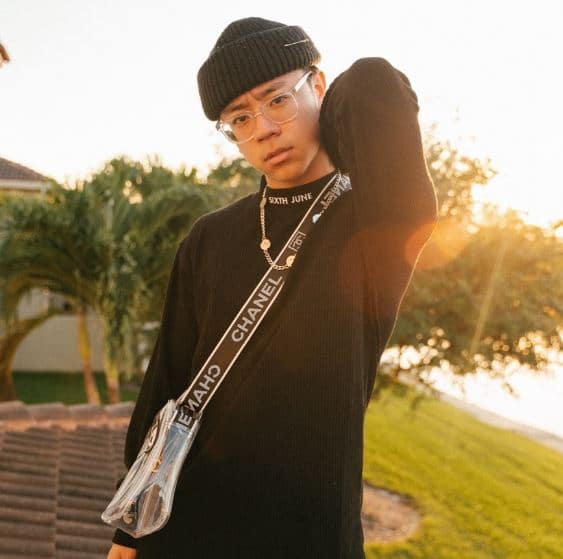