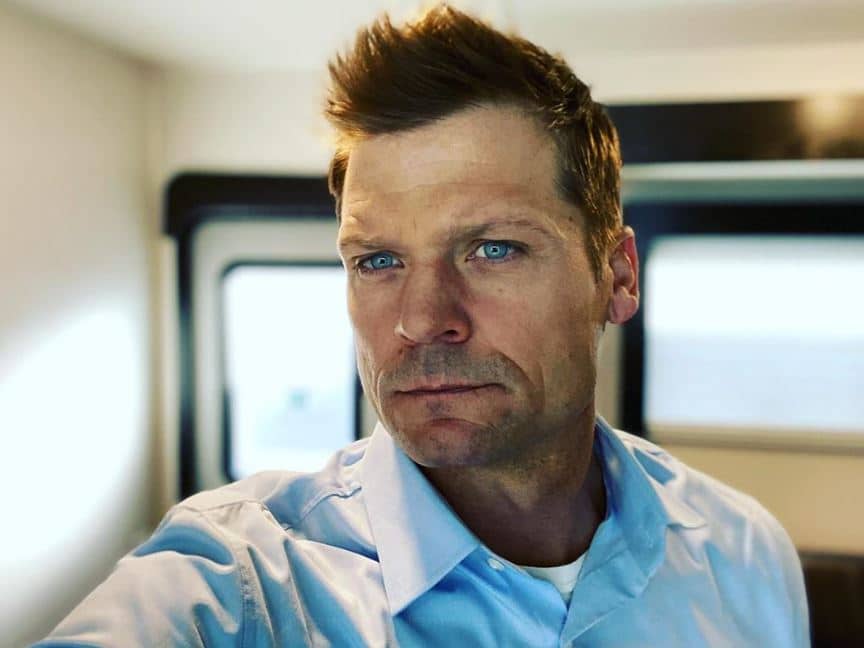 An American actor, Bailey Chase, constitutes a defining trait that lands him mostly in crime-drama TV shows. He appears muscular and tough, an ideal fit to invest in the investigation of homicides and major crimes. In the same way, Chase has roped in the character Butch Ada in Saving Grace and Deputy Branch Connally, a stoic and rugged sheriff, in A&E’s crime thriller, Longmire. Aside from crime drama, he personated varied emotive level in soap opera, As the World Turns and comedy TV segment, Ugly Betty.

The actor must have coordinated all sets of sentiments via the improv group, The Groundlings. If you were unknown about the improv trivia, you must save your day for Bailey Chase’s discussion table here:

Movies and TV Shows That Bailey Chase Stars In

Though Chase didn’t end up playing a major role, he became one of the characters to grip the flow of storylines no matter how often he was at odds with the lead character. Even with the small role, Chase developed his role all along with the movie or TV show’s plot. He acted in movies such as Billboard Dad, Crossing Over, Dark Metropolis, The Boy Next Door, Batman v Superman: Dawn of Justice and so on.

Chase portrayed a recurring role of Detective Butch Ada in Saving Grace. Similarly, the other TV shows, where he showed off his acting chops are The Stray, JAG, Buffy the Vampire Slayer, V.I.P, Rats, As the World Turns, Las Vegas, CSI: Crime Scene Investigation, Watch Over Me to name a few.

Some of the credit goes to the improv group, The Groundlings, which sharpened his acting skills. Therefore Chase was successful to safeguard own spot in the midst of notables faces on the screen.

Behind the hectic Hollywood projects, he owns a cosy life with a wife, Amy Wilson. Together, they are blessed with three children: twin (a boy and a girl) and a daughter. Bailey Chase and Amy Wilson married in 2012, other than that, none of the information has passed the bridges of media.

Bailey Chase with his wife, Amy Wilson and three children

It was during the times of Longmire shooting, the spouse welcomed their first baby girl. The parenthood to three kids has encouraged him to take upon a character of dad. So, he could play Cory Snyder, the father of Amberley Snyder, in the Netflix film, Walk Ride Rodeo.

Bailey Chase Has A Degree In Psychology

You must have thought that Chase appeared straight from the theatre school and training. Perhaps, he didn’t felt like taking an acting course initially. Now, he utilizes his psychology degree (acquired in 1995) to assess the character of the movie or TV shows.

Well, he has also undergone acting course at the London Academy of Music and Dramatic Art. Then he joined the improv group, The Groundlings and further brushed up the acting stints.

47-years old Bailey Chase was born on May 1, 1972, in Chicago, Illinois. He spent his childhood days in between Barrington, Illinois and Naples, Florida, hence considers himself a Naples native. The hectic schedule hasn’t let him visit Naples for a decade. But he hopes to commute back to the place since Naples has always been a closely nostalgic spot to him.

His parents are Melissa Anne, Bornquist founder of Designer’s Group, and Mike Luetgert, a Senior Managing Director of GlassRatner Advisory & Capital Group. During early age, they grew apart from one another. Though he isn’t connected to Naples, Florida, his brother still resides there. His brother is a builder based in Ocala.

Chase is a long-legged actor escorted by a height of six foot. All thanks to his athletic background that affiliate from playing linebacker at the Duke University.