Belissa Escobedo is an actress and is notable for appearing in the 2020 series, The Baker and the Beauty. It is an American romantic musical comedy-drama TV series that premiered on ABC.

Likewise, from the show, Belissa amassed quite an attention for her character. However, it is not her first gig as she has appeared in a few other TV series also.

Belissa’s career started during her freshman year in college. She met Rhiannon McGavin and Zariya Allen as theatre students and formed the group called, “The Poet Puff Girls” as an homage to their beloved cartoon network series, The Power Puff Girls, and their love for poetry. Likewise, in 2014. The group competed in UPenn with the Youth Speaks/Brave new Voices International Youth Poetry Slam Festival, where they managed to place third.

Later, they were also invited alongside John Legend at Hollywood Bowl for the occasion of 40th-anniversary tribute to Marvin Gayewhile after performing “Somewhere in America” during finals. Moreover, they also made an appearance on TV on The Queen Latifah Show and participated in the Season Five on TV One’s Lexus Versus and Flow. Besides, Belissa has appeared in TV series like Don’t Look Deeper, and Sid Is Dead. However, her most notable appearance is for Baker and the Beauty in which she plays the role of Natalie, who is Daniel and Mateo’s younger sister, who has high expectations placed on her by her parents. As of 2020, Belissa Escobedo’s net worth is still under review.

Who is Belissa Escobedo Dating?

Belissa is often a question to relationship and dating life as she has managed to live a very private life. Likewise, her relationship status has been a question to many as the actor has been decidedly less active on her social media. So, there is a picture we can search to know if Belissa has been dating anyone or not. 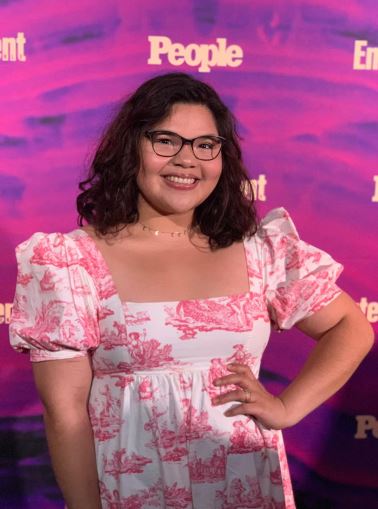 Furthermore, the actor has also not spoken much on her affairs and dating life. However, there is a probability that Belissa might be dating in private to avoid unwanted media attention. Regardless, we will have to wait and see if the actress has any life partner in the future.

Belissa Escobedo was born in 1998 in Los Angeles, California. She has not shared the exact day of her birthday, but we assume her age to be somewhere around 22. She has not shared much on her family and early life. She had attended The Los Angeles County High School of the Arts and later relocated to New York City to stud in The New School of Drama.

Belissa holds an American nationality and comes from Hispanic ethnicity. She has a height of 5 feet and 5 inches.