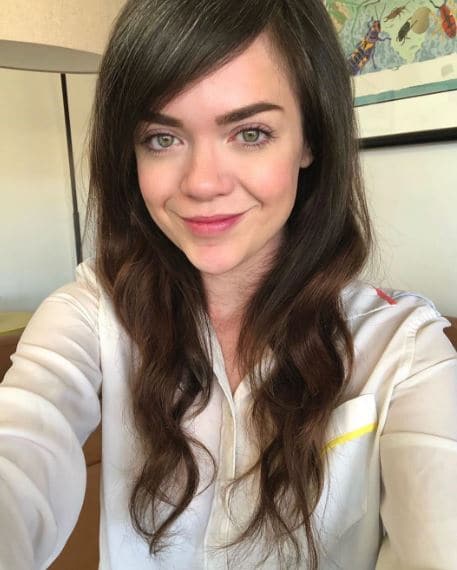 Blue Goes Mew is a Twitch Streamer. However, she became popular on the gaming community when she dated the popular gamer and twitch streamer Bryon Bernstein. Sadly, the man was suffering from depression and mental health issues.

Blue Goes Mew was one of the first people to confirm the death of her ex-boyfriend, and many people supported the tragic time.

Blue Goes Mew is well-known as the ex-girlfriend of Bryon “Reckful” Bernstein, a Twitch streamer. Sadly, her ex-boyfriend, a popular World of Warcraft player, passed away on July 2, 2020, coming suicide. Blue Goes Mew was one of the first to confirm the tragic news. At first, she did not identify Bryon, but after lots of speculation, she finally opened up saying,

“I’ve been having a panic attack for an hour. I don’t know what to do. Byron, I wish I could have helped you. We all do. I’m so sorry I couldn’t. Thank you for being a part of my life. Love you always.”

Blue Hoes Mew also shared the text she had exchanged with Bryon.

“God f***ing dammit, I wish he picked up the phone. I knew he was sad but not how sad. I’m so devastated,”, she wrote.

The text showed that Bryon avoided talking to Blue Goes Mew and Blue assuring Bryon that she was there for him. Likewise, social media offered their condolences to Blue.

After her break-up with Bryon, Blue moved on with a mysterious man who has often appeared on her Instagram. On January 2019, she did share a picture with her new boyfriend writing that she had been dating the man for over ten months. She wrote,

“10 mo with this handsome fella! He showed up at my door with three bouquets of flowers! 💐 💐 💐 We had so much fun celebrating! Thanks everyone for being happy that I’m happy.”

Blue Goes Mew was born in Los Angeles on May 8, 1989, and is 31 years old at the moment. Blue Goes Mew has not shared much on her parents and early life. Her real name is Blue Madrigal. She grew up alongside her brother. She is a Twitch streamer and a software developer. She is known to stream games like Legend of Zelda. She was also a runway model and a cosplayer.

Blue Goes Mew’s net worth is still under review. She holds an American nationality and comes from White ethnicity.