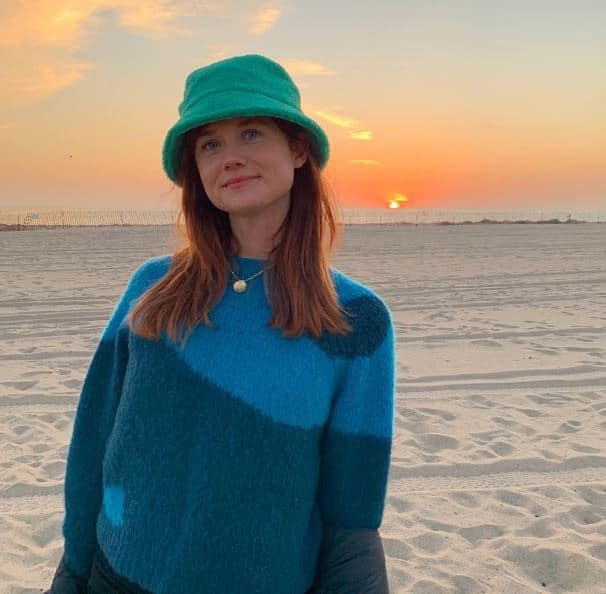 Harry Potter series won the heart of many children and adults alike. It made a huge fan base and proved to be a successful franchise. Likewise, we saw many actors grow up during the filming of the movie, including Bonnie Wright, who played Ginny Weasley. Besides working in Harry Potter, she also has a career as a film director, screenwriter, model, and producer.

Bonnie started her career in the Harry Potter and the Philosopher’s Stone in 2001 as Ginny Weasley. While appearing in all the franchises of Harry Potter, she also made an appearance in movies such as The Sea, Before I Sleep, My Dad is Scrooge, A Christmas Carol, and is set to appear in Those Who Wander.

Likewise, her Television appearance includes in films, Stranded and Agatha Christie: A Life in Pictures, and TV series, The Replacements. Besides, she also has a modeling career as was the winner of the Most-Edgy Look Award at the 2011 Rodial Beautiful Awards. She had also participated as a catwalk model for fashion designer Katie Eary at the Autumn/Winter 2011 show during London Fashion Week.

Also, she made her screenwriting and directorial debut for her graduation film, Separate We Come, Separate We Go. The film premiered at the Cannes Film Festival. Later, she took the role of director in movies like Dreaming, Fade to Gold, Taught You How To Feel, Iguana Bird, and Fallible. She has her own production company, Bon Bon Lumiere. Bonnie Wright holds a net worth of $12 million as of 2020.

Bonnie’s dating life made headlines when she confirmed that she was dating Jamie Campbell Bower in 2010. Her then-boyfriend was her co-star from Harry Potter, who played the role of Gellert Grindewald. They were engaged in April 2011 but unfortunately called off their wedding in 2012. In 2013, she was reportedly dating actor Jacob Artist, and they even starred alongside in the movie After The Dark. According to some sources, the duo dated for a year and a half from 2013 to 2014.

However, Bonnie was also linked to Simon Hammerstein in 2013, with whom she verbally confirmed her relationship with, which debunks the rumors of her dating Jacob. She and Simon met at a dinner in 2013 and an interview she shared highly of her boyfriend saying,

“We got on really well,” she said. “That’s why we’re still together. London’s such a melting pot that you can always find lovely people. It’s nice being with someone who respects the arts, so we talk about everything together.”

However, she has not appeared with Simon in 2020, and there are also no posts with the man. Many are speculating that the couple has already broken up, which keeps Bonnie Wrights’ relationship status in question. We will have to wait until she speaks on the subject herself.

Bonnie Francesca Wright was born in 1991 in Tower Hamlets, London, England. She celebrates her birthday on 17th February, which makes her age 29. Her parents Sheila Teague and Gary Wright, owners of a jewelry company, raised her alongside her brother, Lewis Wright. She graduated from London’s University of the Arts: London College of Communication in 2012 with a Bachelor of Arts degree.

Bonnie holds a British nationality and comes from White ethnicity. Bonnie has a height of 5 feet and 6 inches.