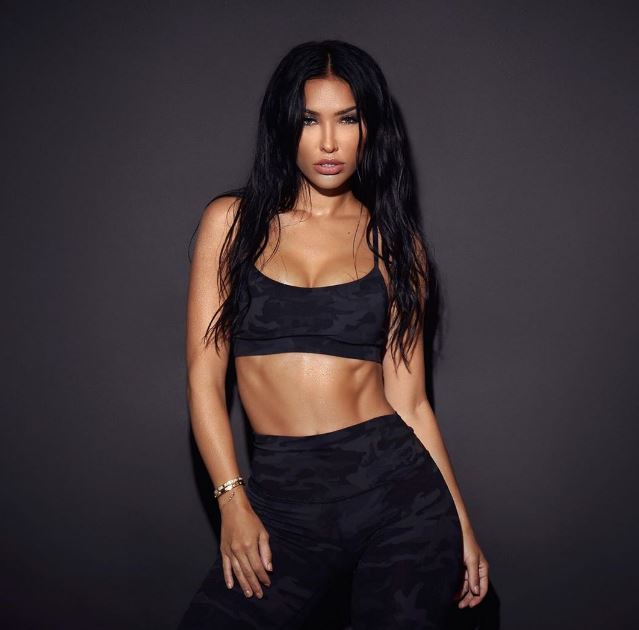 Breana Tiesi is one of the renowned models turned Instagram star. She has never failed to make her followers intrigued by her elegant and excellent figure. She has earned 402K followers on her Instagram account.

Moreover, Bre also made continuous headlines after she got involved with NFL star, Johnny Manziel. Let’s learn her relationship details like if she is still together or has already split!

Well, Breana Tiesi got married to long-time boyfriend Johnny Manziel on 14th March 2018 in a private ceremony. During her wedding day at California courthouse, only close friends and family members were present.

The couple began dating in 2016, after a December trip to Miami. In September 2017, they got engaged in the romance capital of the world, Paris.

After getting hitched, Breana took Johnny’s last name; however, they did not surface their wedding picture on the social media reach. Moreover, Bre did not hesitate to share photos where they were seen with their wedding band in their hand.

Marriage Crumbled After One Year

As there is a saying that nothing lasts forever, the same happened with Breana and Johnny. Just after a year of marriage, the couple ended their marriage. Their secret marriage was not a surprise for their fans, but them getting separated was a major one.

Breana first hinted about their crumbled marriage after she deleted all the pictures together and also dumped Johnny’s surname from her last name.

When the couple was asked about the reason behind the separation, they remained silent and said that they wanted private space. However, according to dailymail.co.uk, Bre apparently accused Johnny of cheating on her, and she also asked the judge to award her spousal support.

After the claim, many followers accused her of going after Johhny’s money. She clapped her the followers back by asking them if they have been married and betrayed. She further added, saying she doesn’t do betrayal for a person she was devoted to period, and with that, she shut her followers.

Furthermore, Bre even removed the initials of Johnny from her wrist tattoo as well as threw a party at Miami, declaring the start of a new chapter in her life.

Who is Breana Tiesi Currently Dating?

Currently, Bre is dating Casper Smart, an actor. Breana posted a snap of herself kissing Casper on his cheek, adding ‘ MINES’ on Valentine’s Day in 2020.

Now, they are mostly seen on each other social media account, respectively.

Her current boyfriend previously dated singer Jennifer Lopez for five years before calling their relationship off in 2016.

Where is Breana From And Her Family Details

Unfortunately, there is not much information known to the public about her parents and family details.

What Makes Her Special

Bre standing tall at an unknown height has a curvaceous tonal and emphatic body. With such an impressive feature, she fulfills the criteria of being in the world of modeling.