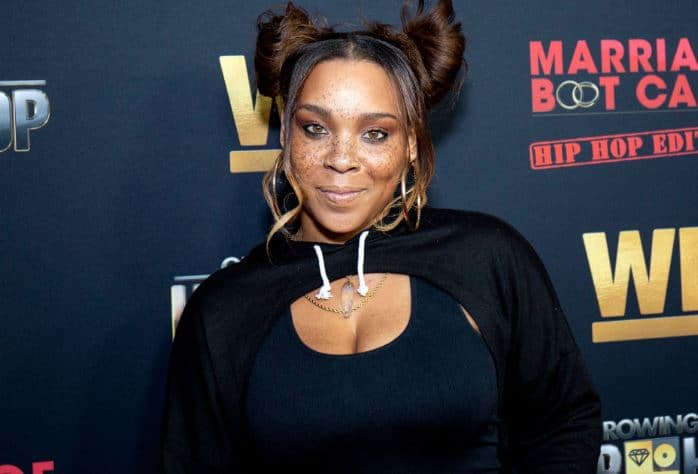 Briana Latrise stands as an inspiration for many people who have hit rock bottom. Addicted to drugs as a teenager, she was left homeless during her pregnancy. However, she stayed positive and strong and took action to change her life. She is now a successful actor, mixed media artist, writer, photographer, and philanthropist.

Learn more on Briana Latrise and the struggle she had to overcome in her life.

Briana earned her popularity from the show “Growing Up Hip-Pop.” She appeared as the supporting role in season 2 and season 3 of the show. Likewise, she is also a photographer, blogger, and founder of Tuesdays At Heart. Besides, Briana also became the strategic advisor for “With Love Productions” who wrote the TV series The People in the Back.

Likewise, Briana also served as an event producer for DF Enterprises. Likewise, she is also popular on Instagram with over 153k followers. As of 2020, Briana Latrise’s net worth is still under review.

Briana Latrise has managed to keep her relationship life very private and has rarely spoken much on her dating life. However, she could not hide the birth of her son, Mercy Turner, whom she shares with her mysterious ex-boyfriend. Regardless, Briana shared the awful situation she had to face because of her relationship with her ex-boyfriend.

During her pregnancy, Briana was left alone and was homeless. Her parents did not support her. After moving from her abusive relationship, she was in a relationship with the DJ and the producer, Iman Omari. Unfortunately, the relationship could not last much as it ended in conflicts. She accused her boyfriend of his abusive behavior. Regardless, she seems to be single and is definitely not married at the moment.

Briana Latrise was born in 1986 in New York. She celebrates her birthday on August 3, which makes her age 33. She is the daughter of the American producer Kendu Isaacs and his first wife, Maurnie.

She is the step-daughter of the singer, Mary J. Blige. Briana had a rough upbringing and was had started taking drugs and doing reckless stuff at age 12. She moved to Miami at age 15 and lived with her grandmother. However, she had started taking cocaine and prescription pills at Miami and was kicked out of school. She had her wake-up call when her mother did not open the door to her house.

Briana holds an American nationality and comes from African-American ethnicity. She has a height of 5 feet and 7 inches.