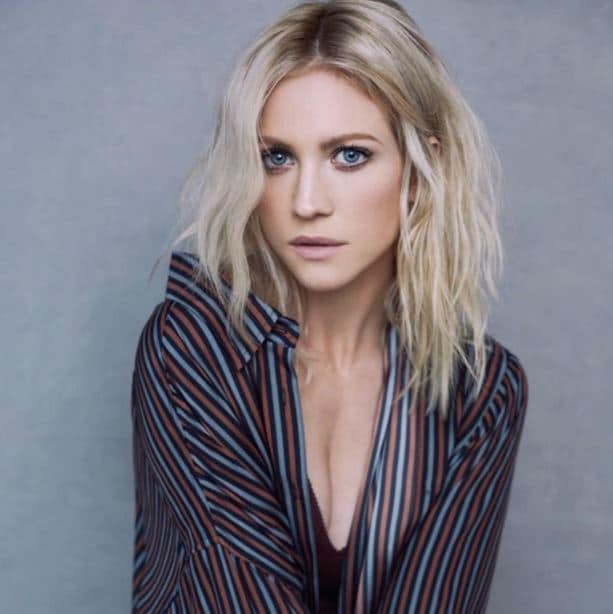 Pitch Perfect is one of the famous musical movies, and it gave the spotlight to many talented and deserving actors, including Brittany Snow. The thing that is the most fascinating about Brittany is that she was already starting her modeling career at age three. Likewise, she has appeared in many movies and TV shows. Not only that, but the actress has also appeared in music videos for many artists and has provided her voice for many video games.

Brittany started her modeling career at the age of three and as teen landed roles on Guiding Light before appearing on American Dreams. She was already nominated for a Young Artist Awards and several Teen Choice awards for her three-year performance as Meg Pryor in the series. Likewise, she also had a small part on “Nip/Tuck” before making a debut in the big screens alongside Vin Diesel in “The Pacifier” in 2005. Later, she appeared in the comedy John Tucker Must Die and Hairspray.

However, she earned prominence after appearing in the Pitch Perfect movie alongside Anna Kendrick. She reprised her role in the later sequels in 2015 and 2017 in Pitch Perfect 2 and Pitch Perfect 3. Her other film credits include Prom Night, 96 Minutes, Family Guy, Ben and Kate, The Phrase That Pays. As of 2020, Brittany Snow has a net worth of $9 million.

The Pitch Perfect star, Brittany Snow, is ready to start the new chapter of her life as she is engaged to her boyfriend, Tyler Stanaland in January of 2019. Likewise, she shared the great news on Instagram with a post holding her fiancé. The picture captioned,

“A couple weeks ago, I said “YES” about a million times to the man of my wildest & most beautiful dreams. After celebrating with friends and family, we wanted to let a few more friends (you guys) know… this happened. ✨I’m still pinching myself and thanking my lucky stars for the truest feeling I’ve ever felt. Thank you @tylerstanaland for the happiest day of my life & for not proposing in this creepy empty restaurant.”

Likewise, her fiancé is a realtor and a surf nerd, according to his Instagram. He sells luxury houses in Orange County, California, and works for John Stanaland. Besides, the couple also shares the same sense of humor as for Halloween, they both dressed up as puns, Snow as Counting Crows and Stanaland as Vampire Weekend. Although it’s unclear when the couple first met, Brittany, revealed she was dating in September 2018. They are yet to have a wedding, and we will hear the wedding bells soon.

Brittany Anne Snow was born in 1986 in Tampa, Florida. She celebrates her birthday on March 9, which makes her age 34. She was raised by her father, John Snow, and mother, Cindy Jo Snow. Likewise, she also has a half-brother, John Jr., and half-sister, Holly. The actress attended Gaither High School in Tampa.

Brittany holds an American nationality and comes from white ethnicity. She has a height of 5 feet and 4 inches.