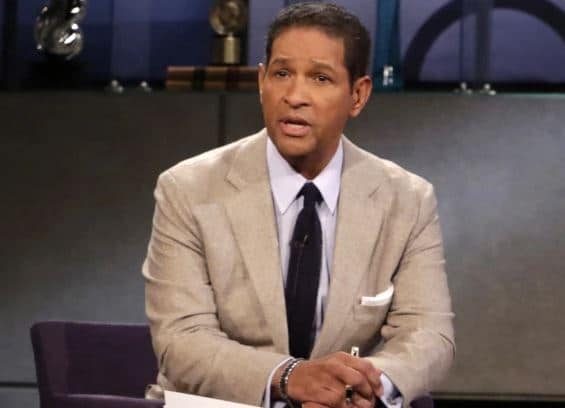 American television journalist and sportscaster Bryant Charles Gumbel AKA Bryant Gumbel is widely known for his 15 years NBC’s Today’ co-host. He, however, is also best known as the younger brother of sportscaster Greg Gumbel.

For your information, Bryant Gumbel started his professional career in 1972, working as a sportscaster for KNBC-TV. In 1975, NBC Sports hired him as co-host of its National Football League pre-show GrandStand along with Jack Buck.

Bryant worked for the show for around seven years before leaving to work in The Today Show. He has hosted many sports events for NBC, like College Basketball, Major League Basketball, and the National Football League.

Bryant, however, returned to NBC as a host for the coverage of the 1988 Summer Olympics from Seoul and then PGA Tour in 1990. He then joined Today, working for the television channel for around fifteen years before moving to CBS to host a news magazine called Public Eye with Bryant Gumbel from 1997 to 1998.

Bryan then joined CBS’ The Early Show working as a co-host of the network. He left the show on May 17, 2002. He made a major cameo in the movie The Weather Man working alongside Michael Caine and Nicolas Cage.

Bryant also appeared on the NBC sitcom Seinfeld where he interviewed Jerry Seinfeld on Today.

Being active in the journalism field for over four decades, no doubt, Bryant has earned a high figure of net worth. As of 2019, Bryant Gumbel’s net worth is estimated to be around $25 million that he collected from his journalism and sportscaster career.

While talking about Bryant Gumbel’s personal life and relationship status, he is married twice and divorced once. He is currently married to beautiful blond Hilary Quinlan.

After dating for a few years, Bryant Gumbel married second wife Hilary Quinlan on 24 August 2002. His wife was a researcher for Goldman Sachs. At the moment, it has been around sixteen years since the duo exchanged vows and is still living a blissful married life with no rumors of divorce and separation issues.

Bryant and Hilary have not welcomed children of their own. However, Hilary is the stepmother of two children of Bryant’s past relationship.

Bryant was previously married to June Carlyn, with whom he got married on 1st December 1973. The former couple is blessed with two children in total; son Bradley born in 1978 and daughter Jillian born in 1983.

In November 2011, their only daughter Jillian got married to the love of her life, William Russell Robins.

As time passed by, Bryant and Carlyn’s relationship turned down to sour. In 2002, June accused her husband of cheating on her for years with many mistresses. She even claimed that he kept her also broke though he earned $5 million as salary; thus, she filed for divorce.

A year later, their divorce was finalized in August 2001. Sources claim that she earned a huge amount of money as a divorce settlement from her husband.

Bryant had to undergo surgery to remove the tumor and some parts of his lugs that were affected by the diseases.

Bryant, during an interview, revealed that it was his wife and family is the primary reason behind the rapid recovery in the short span of time.

Regarding Bryant Gumble’s weight loss, he lost 55-lbs weight. He used to be size 40 but now is sized 31.

Bryant Gumbel was born Bryant Charles Gumbel on September 29, 1948, and is currently 71 years old. He was born in New Orleans, Louisiana, the United States of America. He is the son of Rhea Alice (mother), who is a city bright and Richard Dunbar Gumbel (father), who is a judge. He is of American nationality and belongs to Louisiana Creole ethnicity.

Bryant studied at Bates College, where he earned a degree in Russian history in 1970.

Bryant stands at a height of 5 feet 8 inches and has an average weight.