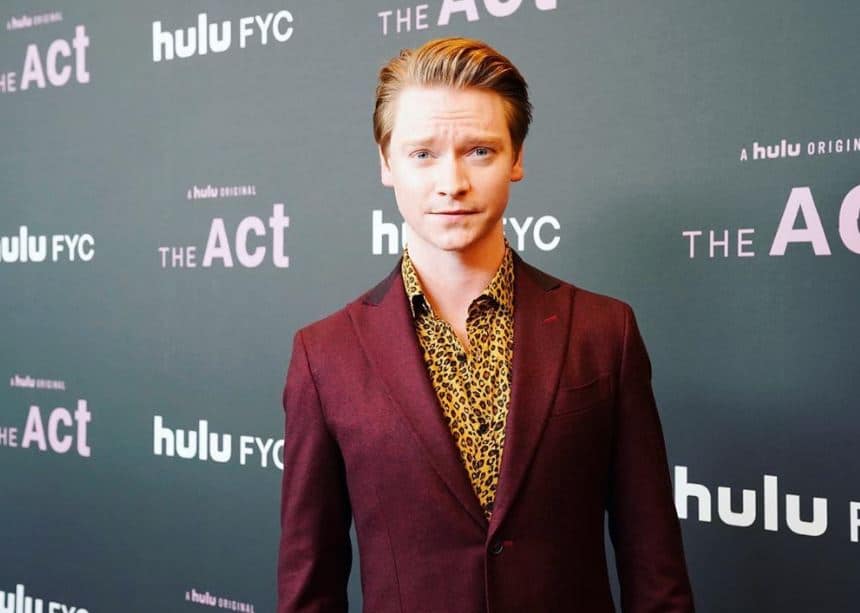 Although Calum started as a pianist, he later moved to the acting scene where he earned fame and success. Calum Worthy is an actor and is best known for his role as Dez on the Disney Channel series Austin & Ally. Besides, he also played a role in Netflix and Hulu series. He has won two Young Artist Award in 2004 and 2010 and also bagged Leo Award in 2010.

The Canadian actor, Calum, has been dating the Disney channel star, Celesta Deastis. The couple started dating in April of 2015 and has been a couple ever since. The lovers also do not shy away from sharing their precious moments on social media, and Calum is often flaunting his beautiful girlfriend on social media. Besides watching movies and eating together, they also visited the Wizarding World of Harry Potter at Universal Hollywood for their second anniversary.

Moreover, Calum also took the time to share the news of their 4th anniversary with a post on Instagram. He shared a picture of him rocking an amazing blue suit while holding his girlfriend’s hand. The caption read,

“I didn’t have any photos of us looking camera ready. I only had this photo of when paparazzi caught us unshowered in our pajamas going for breakfast. Happy Birthday to our relationship.”

Calum discovered his love for singing and dancing at an early age and was already performing in plays and musicals at age five. At age 9, he joined Tarlington Training professional children’s program. At age 11, he earned the title for the best Canadian National Composer as a pianist.

Moving on, he made his screen debut through the series ‘Fox Night Visions’ with a guest role. Later, he appeared in the BBC mini-series ‘I Was a Rat, ’ which received positive feedback. Likewise, he has worked in many TV series, including Jessie, Backstrom, Motive, and lastly, appeared in The Act as Nick in 2019.

After making his debut in Scooby-Doo 2: Monsters Unleased on the big screen, he appeared in other films such as Mulligans, Dr. Dolittle 3. What Goes Up, The Big year, Blackburn, The Thinning, Bodies, and lastly appeared in Corporate Animals and Assimilate in 2019. As of 2020, Calum Worthy holds a net worth of $1 million.

Calum was born in 1991 in Victoria, British Columbia, Canada. He celebrates his birthday on January 28, which makes his age 29. He was raised by his parents, David and Sandra Worthy.

He holds Canadian nationality and comes from a White ethnicity. Likewise, he has a height of 5 feet and 10 inches.