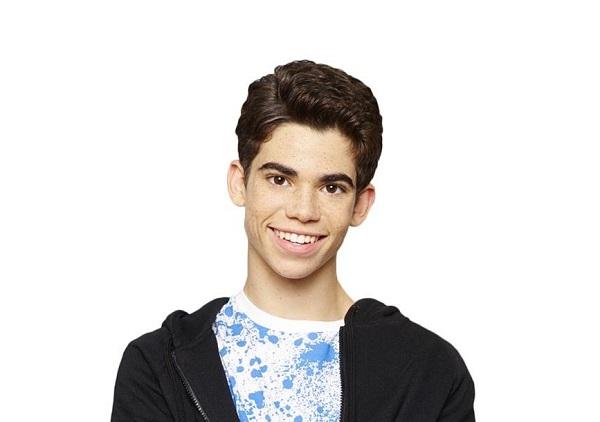 Quite a while ago, there was a rumor in the market. The rumor was of ‘Descendants’ star Cameron who was spotted with his co-actor Brenna D’Amigo. Their frequent public appearance popped up a question, ‘Are they dating?’ ‘Yes, they are!’ would be our answer. It is already made public by the couple that they are dating. So today, we will be mentioning the fact of the couple, how Cameron Boyce started seeing Brenna D’Amico and also about his past girlfriends, stay put!

We have seen many couples who started their love life with co-actors; among them, this duo is the best. Both worked for ‘Descendants’ and its sequel movie. It was ‘out of the box surprise’ for us when we found out them dating. The news was spread throughout the internet in August 2015, and its already been two years.

In August 2015, one picture uploaded by Brenna became popular. The picture showed the duo playing and having fun together in beach. Here is the picture you would love to see:

Before this picture was shared, Just Jared Junior confirmed both to be seen dining together. What we suspect in this news is, that day might be special for both. Oh! wait, was it their first love anniversary? We do not know, but something fishy going around there.

We have seen many pictures of both being together, but not recently. The last photo of both was uploaded back on 15th June, by Brenna herself on her Instagram. Here, take a look:

Recently, Cameron is not seen with Brenna, instead, he is mostly seen with Sofia Carson. This led a dispute between his fans and followers. Here is one Instagram post that rose gossip:

We cannot claim him to be dating another girl, but we still do not have enough information of his current status. Has he already broke up with Brenna or is still in a relationship, this is the question for us too.

Before hooking up with Brenna, Cameron’s name was linked with two other beaus. The first one in the list is Peyton List. They started seeing each other from the year 2012. But, both parted ways and are now moving in different paths. As for now, Cameron is like a brother to Peyton. Here is one exciting thing you should see, read the caption!

The second beau with whom he was linked before was Madison Pettis. We have no information of this duo, as the info was not much open to all.

All in all, we can say that Cameron is dating and is enjoying love life. Good luck to him!