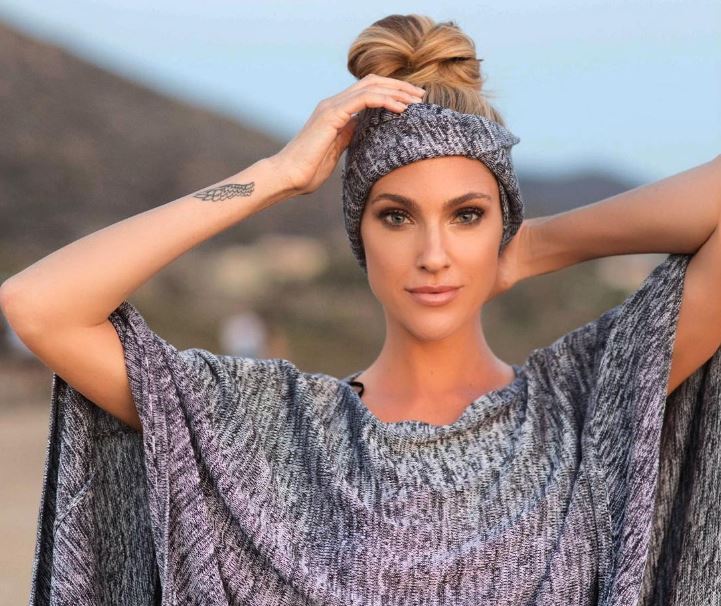 Candace Kaye Kroslak is an American actress who is not just beautiful but also quite talented at the same time. She started her career at the age of twenty and has marked her steps to the ladder of success. She is famous for her role as Lindy Maddock in the soap opera Ocean Ave. Besides, she has been featured on the cover of Runner’s World magazine.

Earlier in her career, she appeared in movies like Demonicus, Planet of the Apes, and Soul Survivors. She even had guest roles on television series like CSI: Miami, What About Brian, Shark, Las Vegas, How I Met Your Mother and Scrubs. In 2011, she starred on Days of Our Lives and Take Me Home Tonight. She played Brandy in the movie American Pie Presents: The Naked Mile.

Candace also appeared on the cover of April 2011 and 2013 issue covers of Runner’s World magazine. Currently, she is a model at Wilhelmina Modeling Agency and writes self-help books. She is a regular blogger for the Huffington Post and shares spiritual insight and wisdom on her YouTube channel. Moreover, she has a website where she writes, vlogs, gives spiritual coaching, and sells products.

Her net worth dwells around $500 Thousand.

Candace is married to her husband, Thomas E. Van Dell, who is also an actor. After dating each other for a couple of years, the couple got engaged. Eventually, they tied the knot on 23rd June 2013 in full attendance of their close friends and families.

After the marriage, she started calling herself “Candace Kaye Kroslak Van Dell.” This year, she’ll celebrate her 6th marriage anniversary with her husband, Thomas. The couple tends to keep their family affair extremely low-key. They might have thought about conceiving a child, but they seem to be waiting for a while.

Candace Kaye Kroslak was born on 22 July 1978 in Chicago Illinois, to parents – Bonnie Kay (Ahrens) Hooyman and Robert Joseph Kroslak. She is American by nationality and belongs to mixed ethnicity. Her father has Slovak roots, while her mother is mostly of English, French, and German descent.

Candace has a tall height of 5 feet 9 inches. She has long blond hair and beautiful blue eyes.