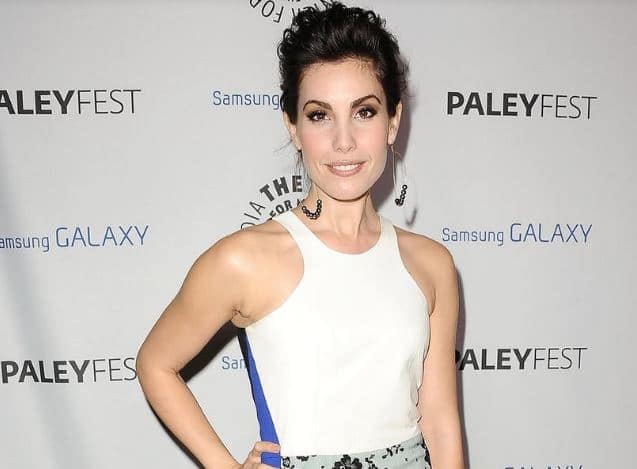 Carly Pope is a famous Canadian actress widely known for appearing in television series Popular, The Collector, Suits, and Arrow. Starting with small roles, she is now a familiar face in the entertainment industry.

Her other notable acting credits include in Rakka, Rush, Blindspot, Sandra Gets Dumped, Californication, 24, and others.

Carly started her professional acting career in 1996 with small roles. In 1998, she appeared in movie Disturbing Behavior as Abbey, and in television movies, Principal Takes a Holiday, and I’ve Been Waiting for You.

She has appeared in movies like Snow Day, Nemesis Game, The Glass House, Various Positions, The Hamster Cage, Eighteen, Edison and Leo, Life Is Hot In Cracktown, Beneath, Elysium, Rakka, and many others.

Her relevant acting skills include in television series The Mountain, This Time Around, Kim Possible, Tru Calling, Dirt, Young Blades, Whistler, The Evidence, 24, Californication, Robson Arms, Day One, Rush, Arrow, Blindspot, and others.

It has been over two decades since Carly started her acting profession and has already appeared in dozens of movies and television series. From her two-decades-long profession, she has earned $2 million net worth.

No doubt, her acting career is the primary source of income. Likewise, endorsements and commercial deals have also helped to increase the figure of her worth.

Who Is Carly Pope’s Husband? Is She Married?

Well, one thing is pretty clear that Californication star Carly is not married at all. Though she was in a relationship before, as of now, her relationship status is quite mysterious. She is now reported to be single.

Back in 2005, Carly was in a relationship with Patrick John Flueger. The duo dated for three years before separating in 2008.

Back in 2016, the actress was rumored to be in a relationship with Jesse Bradford. The duo was spotted in numerous events together, so many of their fans speculated if they were a couple.

Clearing up the rumors, Carly took her Twitter to reveal that they are not dating. In the post, she also admitted herself to be the one to spread rumors.

Carly Pope was born on August 28, 1980, and is currently 39 years old. She was born and raised in Vancouver, British Columbia. Her nationality is Canadian, and her ethnicity is white-Caucasian.

The name of her father is Dale Pope. She grew up with older brother Kris, who is also an actor, and younger brother, Alexander. Before joining theater in high school, she was a trained dancer. During high school days, she has appeared in numerous plays like The Odd Couple and A Midsummer Night’s Dream.