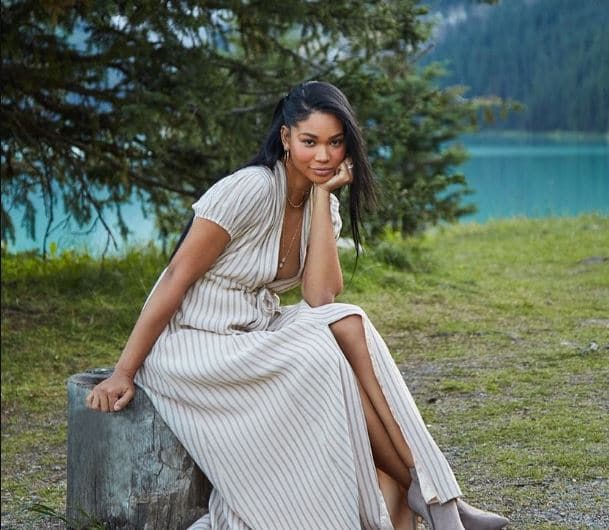 While may 12 years old girl was dreaming of becoming a model, Chanel was already making her dreams a reality and already had a contract with Ford Models at age 13. Her fame comes through many of her appearances in magazines and runaways. However, she is most famous for being a member of the renowned Victoria’s Secret Angels. Learn more on the fantastic model and how she paved her way to becoming an influential model at such a young age.

Chanel was already modeling at age 12 with Ford Models and had won third place in Ford’s Supermodel World contest in 2006. Later she signed with the agency and has appeared in editorials for Allure, Harpers Bazar, V, i-D, Pop, Elle, Vanity fair, and Vogues. In 2007, Chanel appeared on the cover of Teen Vogue before appearing on the cover again for Elle, L’Officiel, i-D, and others.

Besides, the model has walked runways for Burberry, Tom Ford, Max Mara, Versace, Jason Wu, Dior, among many others. Likewise, she has appeared for advertising campaigns for Jean Paul Gaultier, Dolce & Gabbana, Ralph Lauren, DKNY, Bottega Veneta, DSquared2, and Dennis Basso, among many others. However, her career highlight came when she walked in 2009, 2010, and 2011 Victoria’s Secret Fashion Show. In 2010, Chanel became a Victoria’s Secret Angel and appeared in several of the company’s campaigns.

Furthermore, she also has a short-acting and TV career appearing on shows like Tyra Banks Show. Later, she appeared as a correspondent in MTV’s revival of House of Style. Moreover, she also appeared on an episode of America’s Next Top Model and an episode of Spike’s Lip Sync Battle. Her movie credits include the 2015 movie Dope, which was premiered at the 2015 Sundance Film Festival. In 2017, Chanel appeared in the Crackle original movie, Mad Families. As of 2020, Chanel Iman holds a net worth of $8 million.

Chanel lives a married life with her husband, Sterling Shepard. Her husband is an NFL player and plays for the New York Giants. Chanel first met the love of her life at Victor Cruz’s birthday party in November 2016, and there was already something connecting the two strangers.

After dating each other for a year, Sterling asked for Chanel’s hand in marriage, and Chanel even shared their precious moment on Instagram. Later, the couple finally exchanged vows on March 3, 2018, in a wedding ceremony in Beverly Hills in Los Angeles. Likewise, their marriage was attended by some top celebrities like Chrissy Teigen, Gabrielle Union, and Odell Beckham Jr.

Following their marriage, Channel gave birth to their first daughter, Cali Clay, on the same year of their marriage. Later, she announced that she was expecting her second child and gave birth to the couple’s second daughter, Cassie Snow Shepard, on December 17, 2019. Before Chanel was dating A$AP Rocky in 2013 and the couple was also engaged in April 2014 before splitting up in June 2014.

Chanel Iman Robinson Shepard was born in 1990 in Atlanta, Georgia, U.S. She celebrates her birthday on December 1, which makes her age 29. She was raised by her mother, China Robinson, and father, Tic Price.

The Victoria Secret’s model holds an American nationality and mixed ethnicity, which includes African-American and Asian.