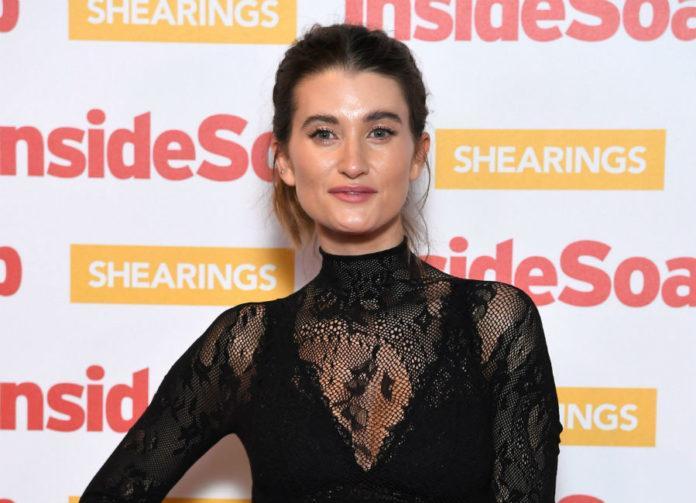 Charley Webb, an English actress, is best known for portraying the character of ‘Debbie Dingle’ in the ITV soap opera Emmerdale. Last year, she got married to her co-star Matthew Wolfenden in a private wedding ceremony. Now the couple is expecting their third child, and Charley has already started craving salt and vinegar crisps.

Charley started her acting career with a stage appearance in the production of Bugsy Malone in Manchester at the age of eight. When she was 14, she was featured in the ITV hit series Emmerdale, which led her to earn the nomination for Best Actress at British Soap Awards in 2009. Since 2002, she has been a series regular in the ITV soap opera.

Charley hasn’t starred in other TV shows. But as a series regular in Emmerdale, she has been making decent income since 2002. Her net worth dwells around $1.5 Million.

Charley was in a dating relationship with Emmerdale co-star Matthew Wolfenden in 2007 after meeting and working together on the show. The couple welcomed their first baby boy, Buster, in April 2010. In August 2013, they announced their split, stating that they will remain friends for the sake of their child. Later, the couple reconciled in 2014.

Charley gave birth to their second child, son Bowie, on 18th December 2015. She tied the knot with her now-husband, Matthew, on 19th February 2018, where Lucy Pargeter was the bridesmaid. The pair surprised their friends with their wedding as they had told everyone that they were attending Charley’s 30th birthday party. The wedding was in attendance with 100 guests.

Last month, the parents of two sons confirmed that they were expecting their third baby and planning to expand their family following their surprise wedding. Charley said that she doesn’t want to leave the gap as full between her second and third child.

Charley Webb was born on 26th of February in 1988 in Bury, Greater Manchester, England. She has four siblings namely, Jamie, Cassie, Kelly, and Danny Webb. Her mother’s name is Helen Webb. She went to Philips High School in Whitefield, Greater Manchester.

The 30-year-old actress has a decent height of 5 feet 4 inches.