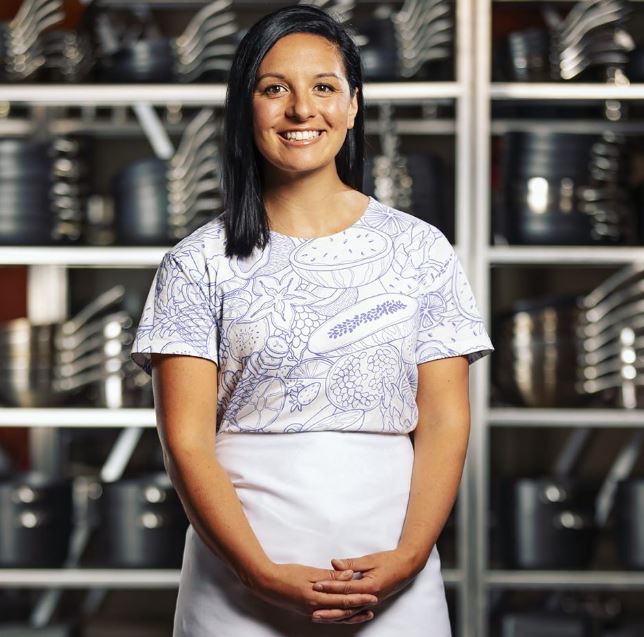 One of the hottest cooking shows in Australia just aired its 12 seasons of the show, MasterChef Australia, which premiered on 13 April 2020. This year’s season titled, Back To Win, consists of 24 contestants from the past eleven series with the second chance to win the title of MasterChef Australia.

Among all the contestants, Dani Venn made quite the headline when the guest chef of the show assume that she had a Sri Lankan husband. However, her food was also quite something to fancy, which stood apart from the rest.

Dani had first met her presence in MasterChef Australia in 2011 when she appeared for the third season. However, she was eliminated from the show on 2nd August. Following her departure from the show, she went on to own TV show Weekend Feast and co-hosted a summer of breakfast radio on Nova FM in Melbourne.

Likewise, she is also the director of Eat it Up Creative and the founder of the Wholehearted Cook. Furthermore, Dani also serves as an ambassador for Ovarian Cancer Australia and Melrose Health Australia. Regardless, Dani is now back in the 12th season of MasterChef Australia. She made quite an impression in the first episode winning the heart of the guest judge, Gordon Ramsay. She had presented the judges with her tasting plate featuring a mud crab curry, pineapple curry, with homemade roti and sambal.

Dani is married to her longtime husband, Chris Burgess. While Dani has not shared when she first met husband, in an episode of MasterChef, the contestant shared that she had first met her husband in Sri Lanka. Likewise, she later shared that her husband was from Sri Lanka. Dani and her husband have come through tough times as in 2018, they became homeless after hackers stole $250,000 that came from selling their house in Melbourne.

They live in a caravan until PEXA compensated them. With her husband, she has two beautiful children Harlow Moon, age 5, and Oscar Smith, age 2.

Dani Venn was born in 1985 in Australia. She celebrates her birthday on December 13, which makes her age 34. The reality TV chef has not shared much on her parents and early life. Regardless, there is also not much information on her siblings if she has any. Dani had graduated from RMIT University in Melbourne.