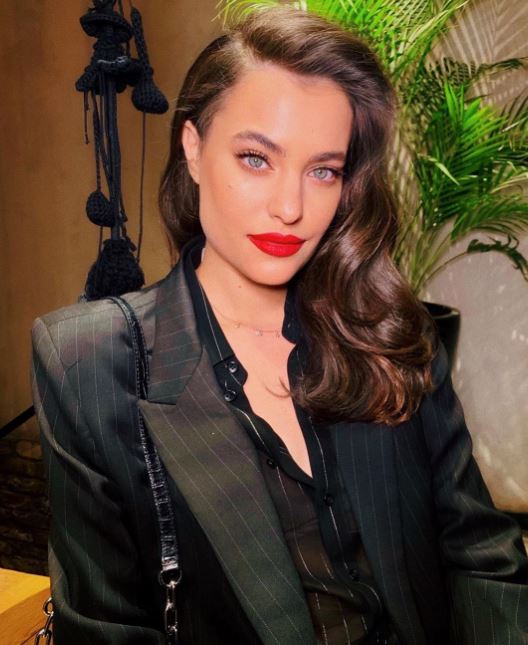 Dar Zuzovsky is an Israeli actress and model who is well-known for appearing in Hostage and Beauty and the Baker. Likewise, Dar already had a promising career at a very young age as she was signed to top modeling agencies and was accepted in a prestigious school for honing her acting skills.

For 2020, the actress will appear in Harry Haft with a mysterious role. Learn more on the actress and get to know the facts of Dar Zuzovsky.

Dar has had a successful career as a model and actress. She started her modeling career at age 15 and signed at Women Worldwide and Elite model management, which were the two top modeling agencies around the globe. The model has been featured in numerous advertising campaigns for top brands like Sephora, Samsung, and Urban Fitters. Besides, she also appeared on the covers of Blazer and Cosmopolitan.

Moving to her acting career, she first appeared as Hezi in New York and Natalie Klein in The Greenhouse in 2012. She earned her notable role as Noa Danon in Hostage in 2013 in the first season. Following her appearance, she was cast in several other TV shows and films like Ibiza, Plan B, Scarred, Beauty, and the Baker, and Papa. The actress is also set to appear in Harry Haft, which is in the stage of Post-production. Dar Zuzovsky’s net worth is still under review as of 2020.

Who is Dar Zuzovsky Dating?

Dar has often been a subject when it comes to the topic of dating. Possessing amazing looks, many of her followers are often curious if the actress is dating anyone, and if she has a boyfriend. However, it seems Dar remains single as of now. When we swooped through her Instagram, we could not find any post that could hint her having a boyfriend.

Nonetheless, she was previously in a relationship with Israeli actor and musician Lee Brian. The couple relationship only lasted until 2016. After the break-up, she was reportedly dating Israeli singer Asaf Avidian. However, the couple seems to be dating no longer. Regardless, Dar might be dating in private to avoid media attention. We will assume her to be single unless she appears publicly with a romantic partner.

Dar Zuzovsky was born in 1991 in Tel Aviv, Israel. She celebrates her birthday on 24th February, which makes her age 29. Her father, Sharon, is a real estate investor while her mother, Einat, is an interior designer. She grew up near Ramat HaSharon with her younger brother. Dar attended Alon School For the Arts at age 16 and was drafted for the Israeli Defense Force at age eighteen. During her service of three years, her parents separated.

The actress holds Israeli nationality and comes from Ashkenazi Jewish ethnicity. She has a height of 5 feet and 9 inches and possesses Brown hair color and blue eye color.