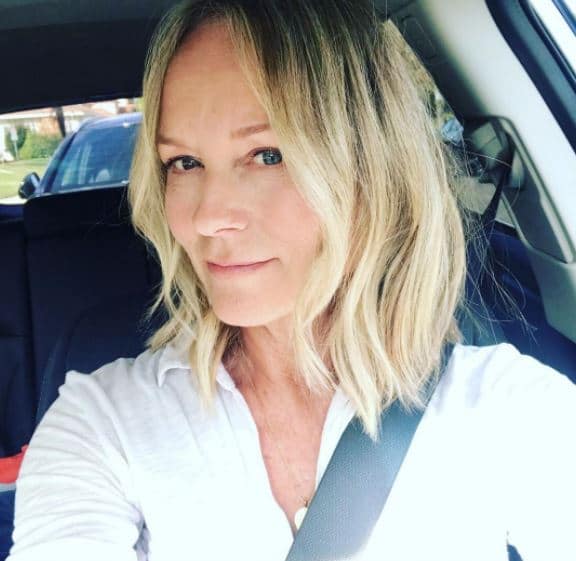 ‘Back to the Future’ was one of the memorable movies from the late ’80s and early ’90s. The movie still has a huge fan base today. If you remember the character Spike who plays a part in bullying Michael J. Fox, then you might remember the name, Darlene Vogel. She is the character who played the role, and it was one of her first feature roles.

For the last thirty years, Darlene has appeared in many movies and TV roles. Get updated on her life and get to know facts on her career, net worth, and much more.

Darlene Vogel is best known as an actress and known for her role as Spike in the 1989 science fiction movie, Back to the Future Part II. Later, she appeared in movies like Ski School, Back to the Future: The Ride, Decoy, Morella, and Walking the Halls. Her most recent film was Day 19 and The Wedding Year in which she played the role of Lisa and a Mother in 2019.

However, she has had a successful career on Television. She is best known for being part on the USA Network TV series, Pacific Blue, as Officer Kelly from 1996 to 1999. Moreover, she also played a role on the soap opera One Life to Live as Dr. Melanie Farrell Mclver from January 2000 to October 2001. Her guest appearance includes on shows like Full House, Northern Exposure, Boy Meets World, and CSI: Crime Scene Investigation. As of 2020, Darlene’s net worth is still under review, but we assume it to be somewhere around $350k.

The actress from Back to the Future, Darlene, is married to Mark Howard. However, Darlene has remained very private on her life with her husband.

She has not shared any details on when and how the couple tied the knot. Besides, there is also no information on how the couple met or on their marriage ceremony.

Likewise, she shares two children with her husband. The couple first welcomed their son on the 9th of May 2003, whom they named Own Timothy Howard. After five years, the couple welcomed their second child, a daughter whom they called Caroline Vogel Howard. She has shared many pictures with her adorable family. Surprisingly, Darlene was once engaged to Canadian Hockey Player, Adam, but the couple called off their wedding at the last moment.

Darlene K. Vogel was born in 1962 in Modesto, California. She celebrates her birthday on October 25, which makes her age 57. She has not shared much on her parents and early life. The actress graduated from a high school in Connecticut and later attended the Fashion Institute of Technology.

The beautiful actress holds an American nationality and belongs to White ethnicity. Darlene has a height of 5 feet and 7 inches. She has a rare condition called heterochromia iridium, which results in her having two different eye colors.