Denise Bidot has been making many headlines recently. While she is already popular for her modeling career as a plus-sized model, her new relationship seems to be making her name a hot topic for the internet. The model is dating none other than Lil Wayne. Yes, the popular rapper.

Unlike her boyfriend, Denise has a career in modeling. Besides dating the rapper, the model is also popular for appearing in the commercial for Olay product, and she is one of the new spokespeople for the brand alongside the actress Busy Phillips. Likewise, she also made history when she became the first plus-size model to walk various runways during the New York Fashion Week. She has walked the runway for CHROMAT and HSH line.

In 2015, Denice yet again made history when she collaborated with SwimsuitsForAll to create the #NotSorry campaign. The campaign focused on women to embrace their body, and her pictures were not photoshopped. Besides modeling, she also has a small experience in acting has appeared in an episode of Fashion Police and A Perfect. As of 2020, Lil Wayne’s girlfriend, Denise Bidot’s net worth, is still under review.

Denise Bidot and Lil Wayne’s dating rumors only started when a fan noticed that the rapper was only following one person on his Instagram, Denise Bidot. Before, he was only following La’Tecia Thomas. However, the couple split in early 2020, and seeing Lil Wayne replacing his following to Denise Bidot was clear that there was something between the two. Likewise, the model and the rapper was first spotted in Miami when Lil Wayne was promoting the Young Money collection with the American Eagle clothing brand. 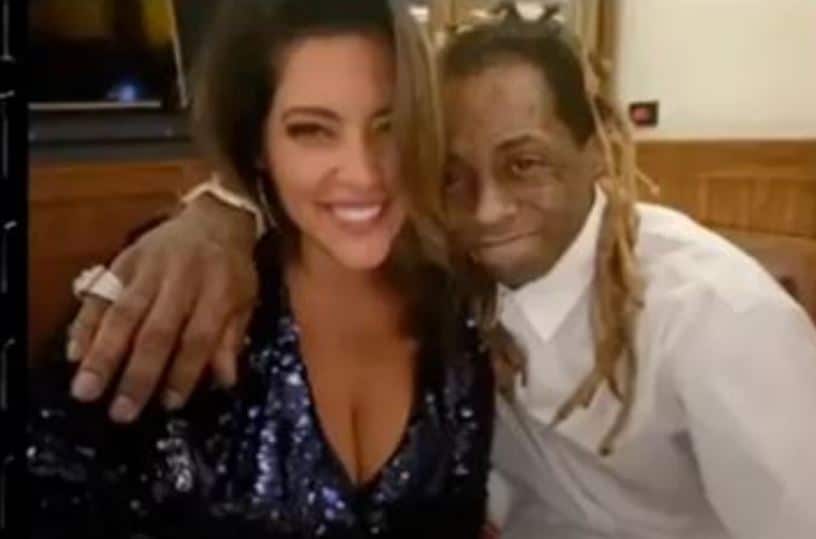 However, their relationship status was made crystal clear when Denise took to her Instagram Stories to make it “Instagram official.” She wrote, “Somehow, in the middle of all the madness, something special happened: us,” with a series of pictures kissing her new boyfriend, Lil Wayne. While Lil Wayne has not made any official comment on the relationship, it’s quite evident they are in a romantic relationship for now.

Denise is also a single mother to her 11-year-old daughter Joselyn Adams.

Denise M. Bidot was born in 1986 in Miami, Florida. She celebrates her birthday on June 18, which makes her age 34. Her mother, Daphne Bidot, was a former pageant queen who gave up Hollywood after her daughter was born. Denise has not disclosed much on her father.

Denise holds an American nationality and comes from mixed ethnicity of Puerto Rican and Kuwaiti descent. She has a height of 5 feet and 9 inches, and her body measures 42-32-45.