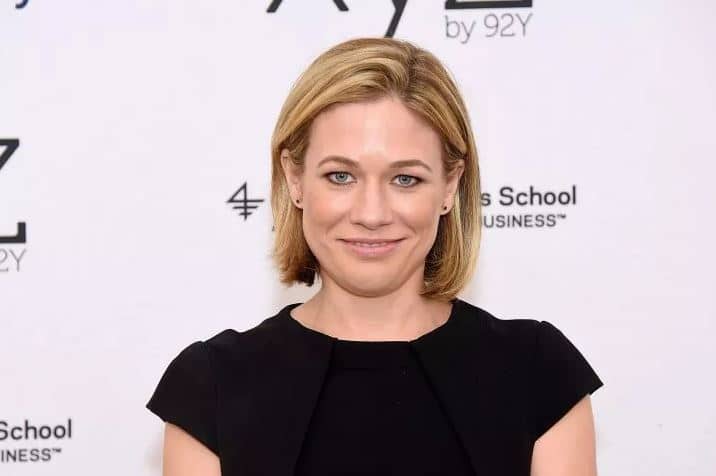 Elise Jordan is a famous American journalist who is best known as a familiar face on MSNBC as a political analyst. She is, however, known as the widow of late journalist Michael Hastings.

Elise is famous as a former NSC speechwriter who previously has worked with Condoleezza Rice, an American political scientist. Besides journalism career, she has been served in the White House Office of Presidential Speechwriting at the U.S. Embassy. She even has worked as a director for communications in the National Security Council (2008 to 2009).

Elise Jordan has earned a tremendous amount of money from her journalism career. She has worked as a political analyst on MSNBC. She is also a former NSC speechwriter working with Condoleezza Rice.

Elise has also served in the White House Office of Presidential Speechwriting at the U.S. Embassy. She even worked as a director for communications in the National Security Council.

As per Glass Door, the political analyst in the United States earns an annual salary of $84,232 on average. However, she might be receiving more than the reported salary.

Though Elise Jordan’s net worth and earnings are under review, sources claim that her net worth is reported to be around $1 million.

While talking about Elise Jordan’s personal life, she is married twice. She was previously married to the former Rolling Stone contributing editor Michael Hastings. The couple started dating in 2010 and got engaged.

Elise Jordan married Michael on 21 May 2011 in a private wedding ceremony. Sadly, just after around two years of marriage, she had to face a tragic moment as her husband died in a single-vehicle automobile crash.

Elise’s husband’s Michael died on 18 June 2013 after he crashed his high-speed Mercedes C250 coupe into a palm tree in Los Angeles. His body was burnt and was only identified using fingerprints.

To be more clear, the exact reason behind their death is still a mystery. Elise stated that his husband’s death was a tragic accident and did not include any suspect foul play.

After the death of her husband, she has, however, again, found the move of her life. After dating for a few years, Elise Jordan married new husband Mike Hogan in September 2017. The pair first met while during their work-related duties and eventually got connected.

Elise Jordan’s husband is a Vanity Fair digital producer who has worked as a senior editor at Vanity Fair magazine. For now, the couple resides in New York City.

Elise Jordan was once dragged to controversy while she on the MSNBC channel said that defending President Donald Trump is equivalent to hugging a suicide bomber.

This made a huge buzz in the headlines and was all over the media and news. In the same way, some of her tweets regarding President Trump also became controversial.

Elise Jordan was born Catherine Elise Jordan on September 23, 1981, and is currently 38 years old. She was born in Holly Springs, Mississippi, the United States of America, and grew up in New York. She is of American nationality.

The name of her parents is father Susan Boone Jordan and mother, Kelly Jordan. She studied at Yale University and graduated in the year 2004. She has a sibling brother named Russell Jordan.

Elise stands at a height of 5 feet 6 inches and weighs around 75 kg. She has a slim well-maintained body build. She has fair skin. Elise’s hair color is blonde, and she has light blue eyes.