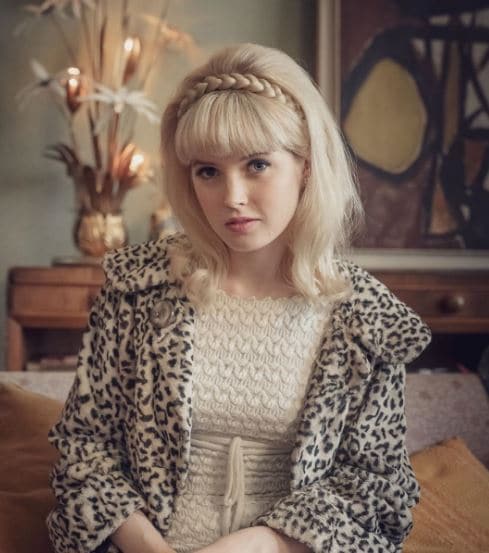 Starting as a theatre actor, Ellie Bamber is one of the rising actress in Hollywood appearing in top TV series and movies, including the BBC One television series, Les Misérables. She also has won awards from her theatre days and has notable roles in the film. She also won the Best Actress at Orlando Film Festival for her role as Erin in High Resolution.

Ellie started acting at a very young age, often performing at theatre plays. At age 13, she was already playing the role of ‘Young Jenny’ in Aspects of Love at the Menier Chocolate Factory. Ellie was nominated for the ‘Evening Standard Theatre ‘Award’ for Best Newcomer in a Musical’ in November 2015. Moreover, she also won third prize at the Ian Charleson Awards in 2017 for her work in The Lady from the Sea.

The theatre actress did not make her television debut until 2012 when she appeared in A Mother’s Son. Later, she appeared in The Musketeers, The Fashion Fund, and The Trial of Christine Keeler. Likewise, her most notable TV role comes from her appearance in Les Misérables, where she played ‘Cosette.’

Moving to the big screen, she made a debut in 2014 appearing in The Falling, followed by Pride and Prejudice and Zombies, Nocturnal Animals, High-Resolution Extracurricular Activities, and The Show. As of 2020, Ellie Bamber has a net worth of $1.5 million.

Nonetheless, Ellie remains single after splitting up with her ex-boyfriend and Game of Thrones star, Richard Madden. The duo met in 2017 through mutual friends and started dating shortly. However, their romance quickly faded after Ellie and Richard started arguing a lot.

Furthermore, a report said that the duration at the end of their 18 months’ relationship was filled with arguments. Despite trying to ignite the romance through couple therapy, Ellie dumped her boyfriend in 2019 and shared that there were too many issues that could not be fixed.

Eleanor Elizabeth Bamber was born in 1997 in Surrey, England. Ellie celebrates her birthday on 2nd February, which makes her age 23. She was born to her father, David Bamber and Zoe Bamber. Likewise, she also has a brother named Lucas.

She holds British nationality and comes from White ethnicity. The Australian actress attended Hawley Place School and later joined Wellington College and Eagle House after being awarded full Drama Scholarships at both.