Evan Felker is a successful American singer who gained fame as the lead singer of the country music group ‘Turnpike Troubadours.’ He grew up listening to songs by Johnny Horton. Most of his songs include fictional narratives, which features characters based on people and real-life experiences that he encountered in his life. He reportedly cheated on his now ex-wife, Staci, and began dating Miranda Lambert.

At the age of 20, Evan moved to Stillwater, Oklahoma, and became interested in country music. He got exposed to music by his idols like Cross Canadian Ragweed and Jason Boland. He started singing acoustic songs, collaborating with guitarist, Ryan Engleman. In a short period, he formed a group called Turnpike Troubadours and released their first album, Bossier City on 11th December 2007. 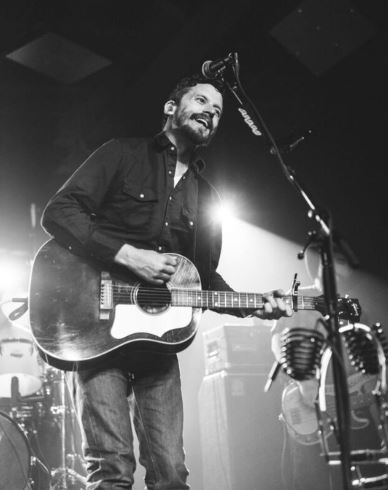 His album Bossier City was praised for his country vocal skills. The band has already released five albums and two music videos, which garnered millions of views. He is now one of the best country artists of his generation. His net worth dwells around $700 Thousand.

He was happily engaged to his partner, Staci Nelson, an accountant, in November 2015. A year later, they announced each other as “husband and wife” in the name of holy God in November 2016 in Barcelona, Spain. The couple seemed to be very happy until Miranda Lambert came in their lives.

His estranged wife, Staci, reportedly filed for divorce in mid-February 2018 in District Court of Oklahoma County after nearly one-and-a-half years of marriage.

Evan was in a brief relationship with Miranda Lambert, who got separated with her R&B singer boyfriend, Anderson East. The pair got very much involved when Evan and his band, Turnpike Troubadours, opened Miranda’s Livin’ Like Hippies tour on January 2018. However, Miranda is now married to an NYPD officer named, Brendan McLoughlin.

Evan Felker was born on 24 March 1984 in Okemah, United States, making his current age 34. He was born to parents – Van Felker and Tane Felker. He grew up with his sister, Cheyenne Felker.

Evan used to write his songs at his parents’ place, located in Southeastern Oklahoma. His family loves going outdoor, hunting and fishing. He attended high school on Okemah and later trained as an electrician in some tech school.