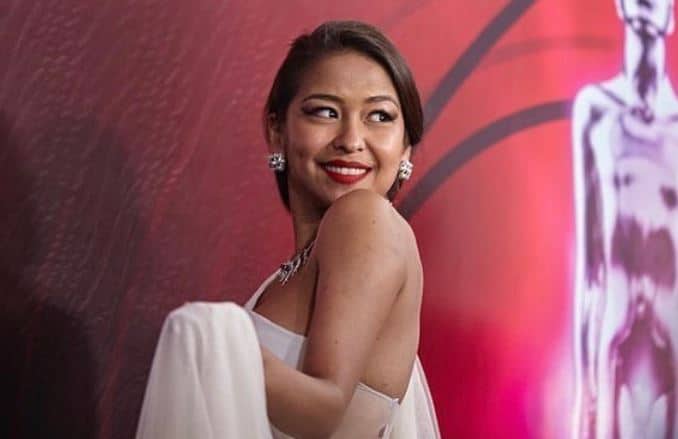 Gabriela Cartol is a Mexican actress who shot to fame in 2018 after portraying the role of hotel cleaner, Eve, in ‘The Chambermaid’ (La Camarista). She gave a beautifully insightful performance while stoically bearing the monotony of her job and revealing a reservoir of strength in the process. Her inspiring role in the film earned her nomination for ‘Best Leading Actress.’

Gabriela started her career in the entertainment industry after appearing in the movie Perpetual Sadness and La Tirisia in the year 2014. Later, she starred in films like ‘Tattoo of Revenge,’ ‘I Dream in Another Language,’ and ‘The Chambermaid‘ for which she won a nomination for best actress at the Ariel Awards 2019.

In 2019, Gabriel starred in a Mexican historical web drama series ‘Hernan.’ The industry has now recognized her marvelous acting skill, and she’ll be landing significant roles in films and TV series in the coming days. As of now, Gabriel has an estimated net worth of $800 Thousand.

Gabriela is dating someone and is in a relationship with her mysterious boyfriend. Though she hasn’t revealed the name of her boyfriend, she once told in an interview that she likes to spend her weekend with him at home or to go out with him.

Gabriela considers her boyfriend ‘best friend’ and loves spending the weekend with him.

Gabriela Cartol was born on 18 May 1989 in Acapulco, making her age 31. She moved with her family to Mexico City at the age of 12 to continue her artistic training. Her birth sign is Taurus. She has two older brothers.

Gabriela dreamed of being an actress since the age of three. Her mother pushed her to pursue her dreams and become professional in what she decided to do. Gabriela said in an interview:

“She [mother] is my example to follow and thanks to her, I am also here, she is my greatest influence.”

The Mexican actress has already lost her father.

Gabriela has a decent height of 5 feet 4 inches.