As the third franchise of The Kingsman is set to hit the theatres. The prequel of the series consists of many amazing actors, including Gemma Arterton. She has many amazing movies under her credit, including Quantum of Solace. Likewise, she also has her own production company, Rebel Park Productions. She is one of the influential actress in Hollywood who received a scholarship in the prestigious Drama School of England.

During her time at the Drama School, Geema earned her first role in Stephen Poliakoff’s Capturing Mary and made her stage debut as Rosaline in Shakespeare’s Love’s Labour Lost at the Globe Theatre in London in July 2007. While still in Drama School, she also made her film debut in St Trinian’s as Head Girl Kelly.

Likewise, in 2008, she earned her breakthrough role as Strawberry Fields in the movie Quantum of Solace. Her other notable movie appearances include Clash of the Titans, Prince of Persia: The Sands of Time, Hansel & Gretel: Witch Hunters, Murder Mystery, and much more. 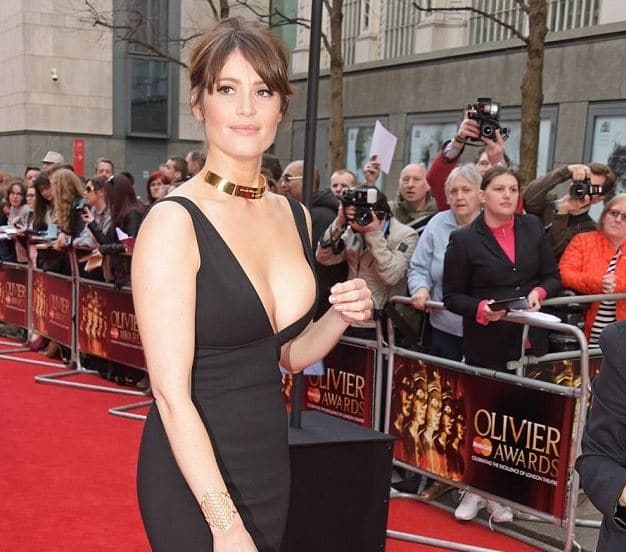 For 2020, she is set to appear in the awaited movie, The King’s Man as Mata Hari, who was a Dutch exotic dancer and a spy for Germany in World War I. Likewise, she will also appear in Summerland which is still in post-production. Besides, she also has many notable TV roles after her making her debut in 2007 in Capturing Mary as Liza. She later was cast for Inside No. 9, Watership Down, Urban Myths, and is due to appear in Black Narcissus.

The actress has won awards such as the Empire Award, Glamour Award, Evening Standard Theatre Award, and Harper’s Bazar’s Woman of the Year Award. As of 2020, Gemma Arterton holds a net worth of $13 Million.

To those questioning on the marital status of Gemma, she is already married to her Irish husband, Rory Keenan. The couple tied the knot somewhere around September 2019 in a private ceremony in a exclusive Ballybeg House in Co Wicklow. Moreover, her husband is also an actor and has a notable role in Peaky Blinders.

Before, Gemma was married to Stefano Catelli in 2010 before separating in 2013. She stated that she did not believe in exchanging vows and mentioned that she has no interest in walking down the aisle again. Likewise, the couple divorced in August 2015 after it was finalized “by consent” at the Central Family Court in High Holborn.

Besides, she had dated John Nolan from 2007 to 2008 for 18 months after meeting on the set of Quantum of Solace. Later, she had a relationship with the stuntman for the Prince of Persia: The Sands of Time, Eduardo Munoz. After her divorce from her first marriage, she had a relationship with French film assistant Franklin Ohanessian. Gemma stated that she will only have children after she has accomplished something in the acting world.

Gemma Christina Arterton was born in 1966 in Gravesend, Kent, England. She celebrates her birth on 2nd February, which makes her age 34. She was born to a poor family where her mother, Sally-Anne Heap, ran a cleaning business while her father, Barry J. Arterton was a wielder. Unfortunately, her parents divorced when Gemma was of young age, and Gemma grew up in a council estate with her mother and younger sister, Hannah Arterton.

Gemma started her acting career at a very young age and attended Gravesend Grammar School for Girls in Kent. She had won the best actress prize in a production of Alan Ayckbourn’s The Boy Who Fell into a Book. At age 16, she joined North West Kent College and later received a full government grant to study at the Royal Academy of Dramatic Art from where she graduated in 2008. She holds an English nationality and comes from German Jewish descent. She has a decent height of 5 feet and 8 inches.