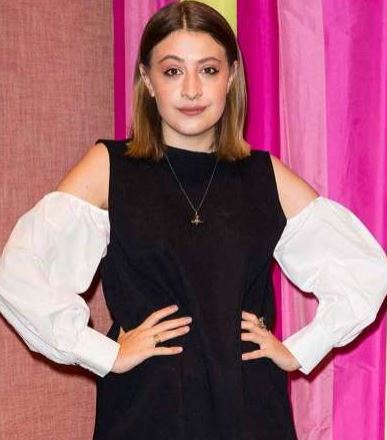 Georgia Groome is a well known English actress with her appearance in London to Brighton and Angus, Thongs, and Perfect Snogging. However, she is often on the spotlight for dating the star from Harry Porter, Rupert Weasley. While the couple kept most of their life together away from the spotlight.

Georgia and her longtime partner announced that they were expecting a child. The news brought excitement and happiness to all their fans, and it took all most all by surprise.

Georgia started her career at a young age, and at age nine as part of a touring stage version of Annie Get Your Gun. Since then, she has had a successful career run and has starred in many films and TV shows. From 2013 to 2015, the actress had a recurring role as Emily on the TV series Up the Women. Nonetheless, she had her first feature film role as Joanne in the movie London to Brighton in 2006.

She has acted in many projects, including Leaving Eva, My Mother, Six Degrees, A Fish Out of Water, The Dispute, and Life Orbit. Due to her successful career, Georgia Groome has accumulated a net worth of $3 million.

Georgia has been very low-key with her relationship with her boyfriend, Rupert Grint. Her boyfriend is famous for playing the role of Ron Weasley in the Harry Potter franchise. The couple has been together since 2011 but has often kept their relationship private. Nonetheless, they were assumed to be married when they were spotted with matching gold bands during their London visit in April 2019.

However, they have denied the rumors. Nonetheless, Georgia’s boyfriend indicated that he was serious in his relationship with Georgia was and was ready to take the next step during his interview with The Guardian in 2018. Now in 2020, Georgia and her longtime partner have announced that they are expecting a first child together. A representative of Rupert shared, “Rupert Grint and Georgia Groome are excited to announce they are expecting a baby and would please ask for privacy at this time.”

Before dating Rupert, Georgia was said to have a relationship with her co-star Aaron Taylor-Johnson in 2008.

Georgia Groome was born in 1992 in Derby, England. She celebrates her birthday on 11th February, which makes her age 28. She was born as the second daughter of her chef father, Paul Groome, and vocal and drama coach mother, Fiona Watson. Unfortunately, her parents separated, and she lost her father in 2009. Her mother later remarried to Nick Watson in 2000 with whom she shares a daughter, Eden Watson.

The actress, Georgia, trained at Nottingham Television Workshop, Derby Youth Theatre, and Trent College. She holds British nationality and comes from White ethnicity. Georgia has a height of 5 feet and 2 inches.