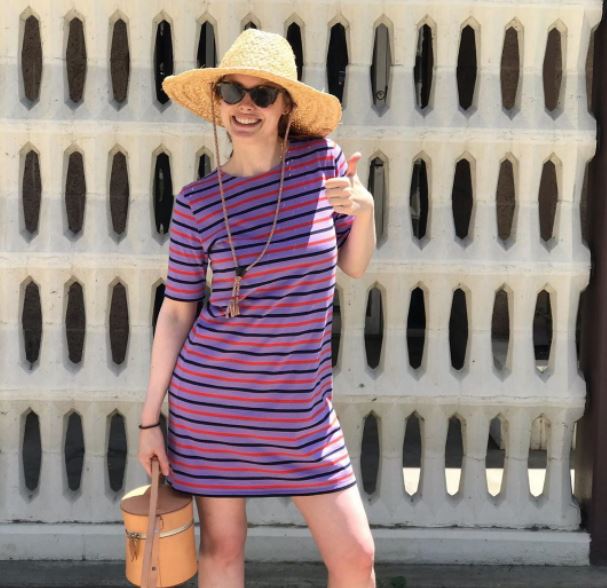 Gillian Jacobs is a dedicated actress who started learning acting at a very young age. She has had a promising career appearing in many TV shows and movies. Perhaps her notable role on series like Community, Love, and Girls, among others.

However, she had a difficult time growing up as she had to choose between her parents. Learn exciting facts on Gillian Jacobs and get updated on the actress.

Gillian already had experience in acting before she first appeared as Adele Congreve in the TV show The Book of Daniel in 2006. Her first appearance was followed by few guest appearances on series like Fringe and Law & Order: Criminal Intent. However, her spotlight on TV after she joined the cast of NBC comedy series Community as Britta Perry. Likewise, her other prominent role comes in Netflix, where she appeared in Love in 2016. Her other TV appearance includes in series like Dr. Ken, Weird City, Invincible, and The Twilight Zone.

Moving to the big screens, she made her debut appearance on Building Girl as Katie. Since then, she has appeared in countless movies like The Box, Seeking a Friend at the End of the World, Life Partners, Don’t Think Twice, Lemon, and Ibiza. Likewise, she is set to appear in movies like Fear Street, Magic Camp, Violence of Action, and Mark, Mary & Some Other People. Furthermore, Gillian has also directed few films like The Queen of Code in 2015 and Curated in 2018. As of 2020, Gillian Jacobs holds a net worth of $5 million.

Gillian has had a very negative attitude towards marriage and finding a soulmate. As a child who grew up in a family of divorced parents, she has shared that she has no faith in the commitment that comes from a wedding. While she is affected by the incidents in her family growing up, the actress is also not quite intrigued by the idea of marriage. She has spoken on how her friends were mostly getting married for a green card or health insurance.

Although Gillian is no plans to get married anytime soon, she has dated few boyfriends in the past with whom she has ended her relationship. Likewise, she also has not shared a romance with other actors except in front of the cameras. Nonetheless, Gillian Jacobs is single and is not dating anyone.

Gillian MacLaren Jacobs was born in 1982 in Pittsburgh, Pennsylvania. She celebrates her birthday on October 19, which makes her age 37. She is the only child of her parents, Martina Magenau Jacobs and William F. Jacobs Jr. Unfortunately, her parents divorced when Gillian was only age two and she grew up under the arms of her mother.

Nonetheless, Gillian started studying acting at age eight and graduated from Mt. Lebanon High School in 2000. She later attended the Julliard School earning a Bachelor of Fine Arts in 2004. She holds an American nationality and comes from White ethnicity. The actress has a height of 5 feet and 4 inches.