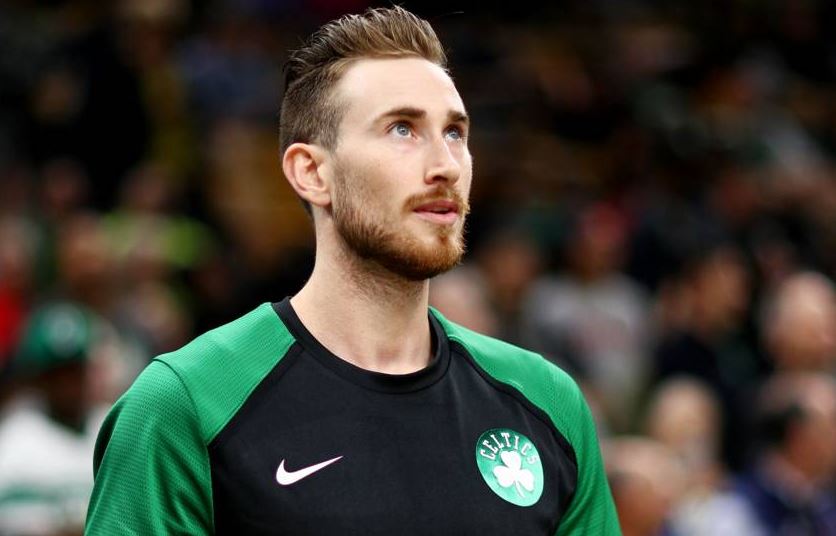 Gordon Hayward is a professional American basketball player who plays for the Boston Celtics of the National Basketball Association. He wears jersey no. 20 and plays at small forward and power forward position. He was named an NBA All-Star for the first time in 2017. The tall and handsome basketball star is best known as the player for Utah Jazz of the NBA.

Gordon started playing basketball professionally after Utah Jazz selected him in the 2010 NBA draft. He played about 72 games for the Jazz. He even set a career-high scoring in a winning match against the Denver Nuggets on 13 April 2011.

Reportedly, his net worth dwells around $40 Million.

Gordon is a married man as he tied the knot with his wife, Robyn Hayward on 24 May 2014. The couple got engaged on 25 December 2013. They exchanged their wedding vows at St. Simon, the Apostle Church in Indianapolis.

Gordon is happily living with his wife, Robyn, and their three daughters.

Gordon Hayward was born on 23 March 1990 in Indiana, which makes his age 29. His father, Gordon Scott was his coach until high school. His mother, Jody, encouraged him to never give up on basketball. He has a twin sister, Heather who also plays basketball. He attended Brownsburg High School and became a Butler Basketball Star in his college days.

He has a tall, rangy height of 6 feet 8 inches.