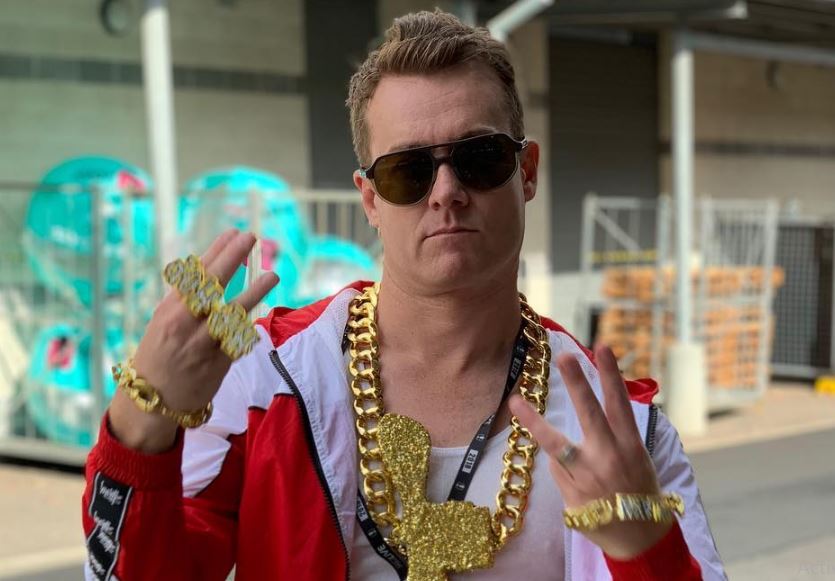 Grant Denyer is an Australian television and radio presenter who has worked for different television networks like Seven Network and Network Ten. He was the host of Ten’s Family Feud from 2014 until the programme was canceled in 2018. In 2017, he won a Gold Logie Award for Most Popular Personality on Australian Television. Currently, he is the co-host of Dancing With The Stars.

Grant started his career as a journalist and reporter for the Prime Television network in Wagga Wagga, New South Wales. He was the weather presenter on the new look Sunrise program for two years. He even won the fourth season of Dancing With The Stars. Besides, he hosted shows such as Guinness World Records with co-host Shelley Craft, All Time Greatest Aussie Bloopers, Australia’s Got Talent, Carols in the Domain, Slide Show, and Family Feud Australia.

Grant won the Development Series at Sandown and competed as a V8 Supercar driver in the year 2008. During the year 2010, he announced that he would be no longer continuing full-time motor racing. But, a year later, he turned in as a leader of Shannons-Mars Racing, a V8 Supercar team formed for a TV show.

He has earned a whopping net worth throughout his career. His net worth dwells around $2 Million.

He married his wife, Cheryl Rodgers, a TV producer, in the year 2010. Last year, they celebrated their 8th marriage anniversary and shared their happiness to fans via Instagram.

He shares two beautiful daughters, Sailor and Scout, with his wife. His Instagram has mostly pictures of his wife and daughters. He loves spending time with his sweet family and adores his daughters and wife too much.

In 2017, he suffered a fatal accident from car racing. The same year in December, his wife, Cheryl, underwent surgery for debilitating migraines. However, the couple crossed the struggling phase, and now they live happily with their daughters.

Grant Craig Denyer was born on September 12, 1977, in Gosford, New South Wales. He was born to parents – Craig Denyer and Glenice Denyer. His mother, Glenice raised him around Avoca. When Grant was a child, his mother told him she was a receptionist in an office, but she was a house cleaner.

The 41-year-old, Grant has a height of 5 feet 4 inches. He has highlighted his hair with golden color.