As a professional golfer, she competed with Lydia Ko, the number 1 ranked professional golfer, at the 2015 New Zealand Open. She was a team member of 2015 World Girls Championship. She finished the year 2017 with three victories, including the Murphy USA El Dorado Shootout, Sara Bay Classic, and IOA Golf Classic. 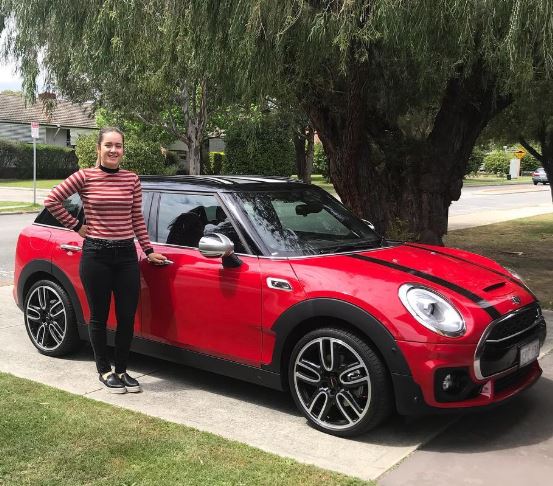 At the 2018 ISPS Handa Women’s Australian Open, she recorded one top-10 finish on the LPGA at the third-place finish. She even bagged the fifth position in the Louise Suggs Rolex Rookie of the Year standings.

Hannah and her boyfriend are Australia’s rising golf power couple. They started dating back in August 2012. As they have the same professional background, they inspire each other to stand as the best player.

Hannah is happily dating Jarryd for over six years. Though she often updates her fans about her love life with her boyfriend via social feeds, she has never divulged a single word about marrying him. However, they are likely to get married in the coming days.

Hannah Green was born on 20th December 1996 in Perth, Australia, making her age 22. She began playing golf since her young age. She followed the steps of her father, Tau, who also played the game.

Hannah enjoys shopping, going to the gym, and watching movies. She has a decent height of 5 feet 8 inches.