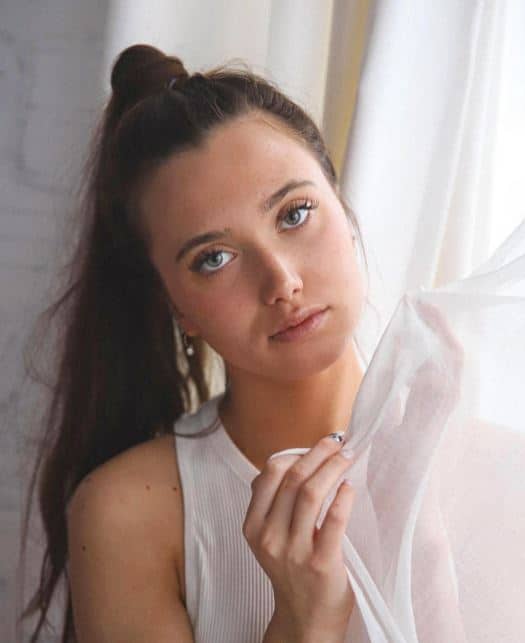 Hannah Meloche might be a familiar name to you if you have been a follower of fashion on social media. Hannah started her career as a young girl and is now a popular fashion icon on both YouTube and Instagram. She has millions of followers and has her own jewelry company.

If you are still scratching your heads on who Hannah Meloche is, don’t worry, we got you covered.

Hannah started her beauty and fashion-focused self-titled YouTube channel on the 26th of December 2013. Her first videos were en things to do at a sleepover when you’re bored, followed by Little Mix – Black Magic, music video. She later uploaded videos on beauty, makeup, and fashion trends. Her content attracted a huge number of subscribers. Her channel now has over 1.97 million subscribers. Likewise, she also has a second channel, “Hannah Meloche Vlogs,” which has over 1.18 million subscribers.

Besides, she is also quite popular on Instagram, with over 1.7 million followers. Due to her popularity, she has been endorsed by various lifestyle and fashion brands. Moreover, the YouTuber is also a model and a brand ambassador and the CEO of her own jewelry and clothing line Starlite Village. As of 2020, Hannah Meloche’s net worth is still under review.

Hannah is in a relationship with her boyfriend, Jacob Hoexum. She started dating when she was 16 years old. The couple went to the same school and met for the first time at a football game on October 2017. Likewise, Hannah was very open about her relationship from the beginning and often shared her boyfriend’s pictures on her social media. The couple also went to the prom together in 2018.

However, problems arose in their relationship when they suffered from long distance. On April 19th, 2019, Hannah posted video sharing that she and her boyfriend had broken up. Likewise, she also did not give a specific reason for their break up, but it was likely due to their long-distance. While many of her followers thought that it was the end of the chapter for the adorable couple, Hannah shared the exciting news on October 9, 2019. She shared that she and Jacob Hoexum are back together, and they are no longer separated by long distances. Hannah and her boyfriend are together, and there is no news of them separating anytime soon.

Hannah Margret Meloche was born in California in 2001. She celebrates her birthday on 26th February, which makes her age 19. Her parents separated, and she is now the daughter of Nicole Gregory and a stepdaughter to David Gregory. She has a sister named Ella Meloche and three brothers; Reeve, Jack, and Andrew.

Hannah holds an American nationality and had a mixed ethnicity. The social media influencer has a height of 5 feet and 6 inches. Hannah has a rare condition, which results in her right eyes being blue and the left eye being green.