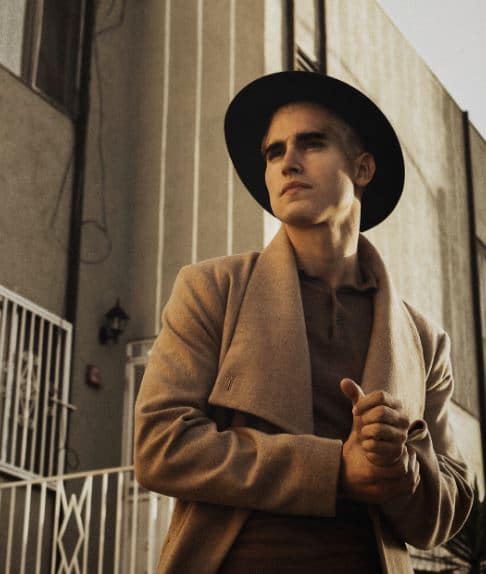 Henry Zaga is one of the young and emerging actors who has worked in many hit movies and TV series like 13 Reasons Why, Teen Wolf and XOXO.  Moreover, Henry has a hand full of works and is busy with his new project. He is famous for porting the role of Luka Novak in the TV series Trinkets. Henry was fascinated by acting from a young age and moved to Los Angeles to pursue his career in acting.

Henry is not dating anyone currently as he is focused on his career instead of involving in a serious relationship. Although Henry had his name linked with many actresses in the past, he is single for now.

Henry was rumored to be dating the musician and actress Amanda Elyss, however, no official confirmation was made. He frequently keeps on posting photos with Amanda and seems to be so close to her.

Henry started his acting career in the year 2015 with a short film titled, The Wing. The same year, Zaga made his television debut playing the character of Theo Barnett in NBC’s police procedural comedy-drama, The Mysteries of Laura.

Moreover, Henry is famous for movies like XOXO, Teen Wolf, 13 Reasons Why. Henry is all set to hit the silver screen with his upcoming project, The New Mutants which is scheduled to release in August 2019.
As of now, Henry Zaga’s net worth is under review.

Henrique Chagas Moniz de Aragao Gonzaga was born in the year 1993 in Brasilia, Federal district, to Sonia Gontijo and Admar Gonzaga. He celebrates his birthday on 30th April, making his age 26. Henry belongs to Brazilian nationality and stands at a tall height of 6 feet.

He was raised in Brazil along with his younger sister, Fernanda.