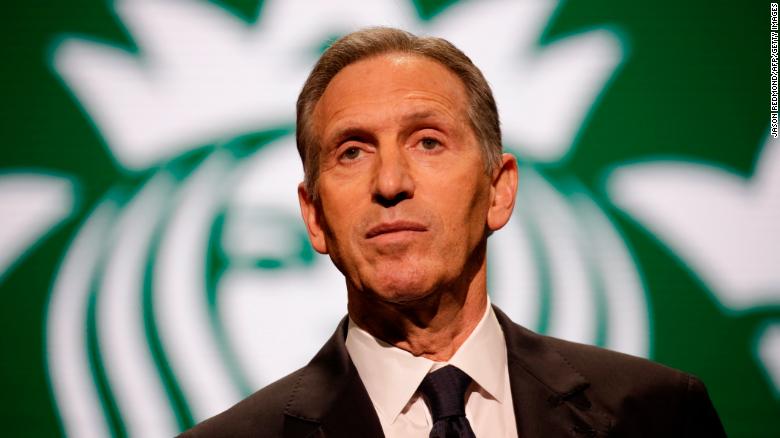 Howard Schultz is an American businessman and author. He is a former CEO of Starbucks who started his career as a salesperson for Xerox Corporation. He stepped down as Starbucks’ CEO in April 2017. Reportedly, he is considering a 2020 presidential run as an independent candidate.

He published his second book “Onward: How Starbucks Fought for Its Life Without Losing Its Soul” with Joanne Gordon in 2011. After three years, he released his third book “For Love of Country” with Rajiv Chandrasekaran in 2014.

In 2019, he is working for the promotion of his new book “From the Ground Up.” He is also considering to run for the 2020 presidential election. He has earned a whopping net worth from Starbucks. Besides, his books has also done great business. As a self-made billionaire, his net worth dwells around $3 Billion.

Together with his wife, Howard co-founded the Schultz Family Foundation in 1996. The organization supports two national initiatives – Onward Youth and Onward Veteran.

He met his wife, Sheri, in the Hamptons in 1978 for the first time. She was studying interior design at the time. She attracted him with her impeccable style and class at first sight. Eventually, they started dating and exchanged vows as husband and wife. At present, the pair lives in Seattle, Washington.

Howard Schultz was born in the year 1953 in Brooklyn, New York, USA. He celebrates his birthday on 19th July, which makes his age 65.

He was born to parents – Elaine and Fred Schultz. His father is an ex-US Army soldier and then a truck driver. He grew up with his younger sister, Ronnie, and a brother, Michael. He attended Canarsie High School and graduated from there in 1971. Though he received an athletic scholarship at Northern Michigan University, he decided against playing sports. He was the first one in his family to go to college. He received his bachelor’s degree in speech communication in 1975.