Nowadays, the thought that only slim and thin girls can be models are slowly fading as many amazing plus-sized models has shown the world that they are no slouch when it comes to a modeling career. One of the popular plus-sized models in Hunter McGrady might have started as a typical thin model but shifted to becoming a plus-sized model due to unrealistic demand from her agency.

Hunter has a successful modeling career and has appeared for Sports Illustrated. Learn more on Hunter and get to know more on the plus-sized model.

Hunter had started her career as a straight-sized model at age 15. However, at age 19, she decided to start plus-size modeling because she could not maintain the 00 standards which were set by her agency. Regardless, her courage brought her more success, and she is now one of the well-known plus-size models.

In 2017, Hunter became the largest model to appear in a Sports Illustrated Swimsuit Issue and the first plus-size model on a cover of The Knot in 2019. Besides, being endorsed by various brands, Hunter also has her clothing line called QVC. Her Instagram popularity is also quite high, with over 675k followers. As of 2020, Hunter McGrady holds a net worth of $2 million.

Hunter is married to her husband, Brian Keys. Her husband is an Associate Creative Director of Art at BGB Group. Brian had been following Hunter for months on Snapchat until he gained the courage to ask her out when she happened to be in New York. The couple had their first date on Bobo in West Village, and they have been together ever since. In 2018, Hunter was proposed by her boyfriend in Central Park. Hunter immediately accepted the proposal.

Hunter and her fiancé tied the knot on 16th June 2019 in Moorpark, California, with a reception held at Eden Gardens. Hunter also shared the pictures of her wedding on social media. Hunter has been very open on her marriage life and is often sharing pictures with her husband with an adorable caption. However, the married couple is yet announced the expecting of any children.

Hunter Sienna McGrady was born in 1993 in Tarzana, California. She celebrates her birthday on May 4, which makes her age 27. She comes from a family from the entertainment business where her father, Michael McGrady, is an actor while her mother, Brynja McGrady, is a model. She also has a sister named Michaela.

How tall is Hunter McGrady? 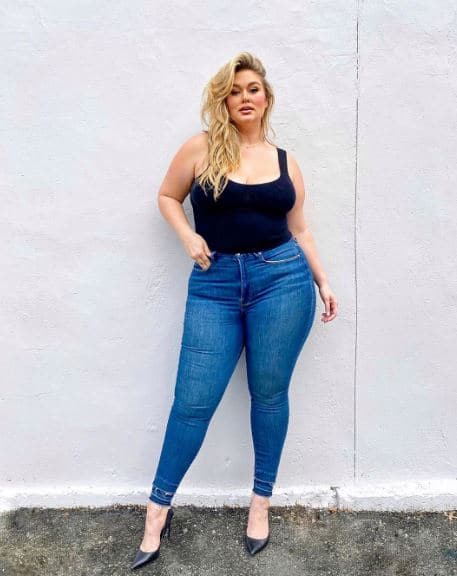 Hunter holds an American nationality and comes from White ethnicity. She has a height of 5 feet and 11 inches and weighs around 108 kg. Her stunning body measures 45-38-52.