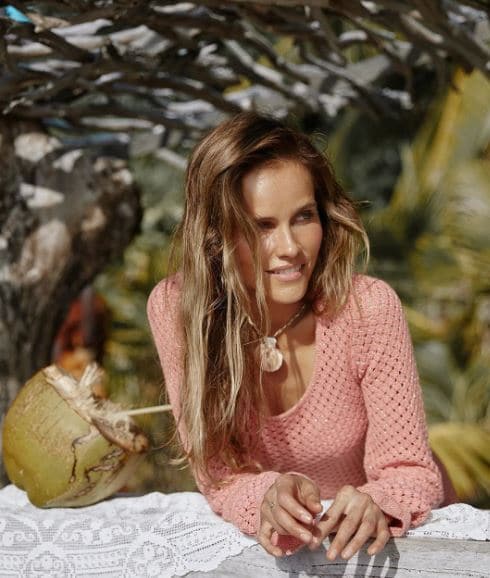 Isabel Lucas is a foreign actress to Hollywood, yet she has earned success from many of American movies. Likewise, she is best known for starring alongside Shia LaBeouf, on transformers and Nick Jonas in Careful What You Wish For. Moreover, the actress is also an animal rights activist and took part in the protest against dolphin culling in Taiji, Wakayama, Japan.

Isabel earned her success after appearing in the TV series, Home and Away, in 2003, playing the character Tasha Andrews. In 2009, she made her debut on the big screen in the movie, Transformers: Revenge of the Fallen and later appearing movies like Daybreakers, Red Dawn, The Loft, Chasing Comets, In Like Flynn, In the Night. She is set to appear in the Brokers and The Ogilvy Fortune in 2020.

Besides, she also appeared in The Pacific, Emerald City, and MacGyver for Television.  As of 2020, the actor holds a net worth of $5 million. She has accumulated such net worth from her acting and modeling career.

Despite having a history of dating super-stars, Isabel has remained single for a few years now. There are no recent rumors of her being linked to any romantic partner, and she has also not shared any details regarding her dating life. Moreover, she also has not shared pictures with her boyfriend on any sort and has not appeared on events with a significant one.

However, she was previously dating the Marvel star, Chris Hemsworth, back from 2005 to 2008. Moreover, in 2019, rumors of her dating Chris’s brother, Liam Hemsworth, spread like wildfire. Liam, who just had his heart broken by his then-girlfriend, Miley Cyrus, was rumored to have secretly spiced up things with Isabel. Denying rumors, Isabel moved to social media to deny the allegation of her dating and confirmed that they were just good friends, and there was nothing more than friendship.

Regardless, she also dated Adrian Grenier but split soon after Adrian found her close involvement with the Transformers star, Shia LaBeouf. For now, she has remained single publicly and has not shared her private dating life.

Isabel was born in 1985 in Melbourne, Australia. She celebrates her birthday on 29 January, which makes her age 35. Likewise, she was raised by her parents Beatrice and Andrew. Her mother is a special needs teacher, and her father is a pilot. Moreover, she grew up with her siblings, Nini Lucas.

The actress comes from mixed ethnicity, including Australian from her father’s side and Swiss from her mother’s side and holds Australian nationality. Besides, she can also speak French and Swiss-German besides English. She attended St. Monica’s College. Isabel Lucas has a height of 5 feet and 6 inches.