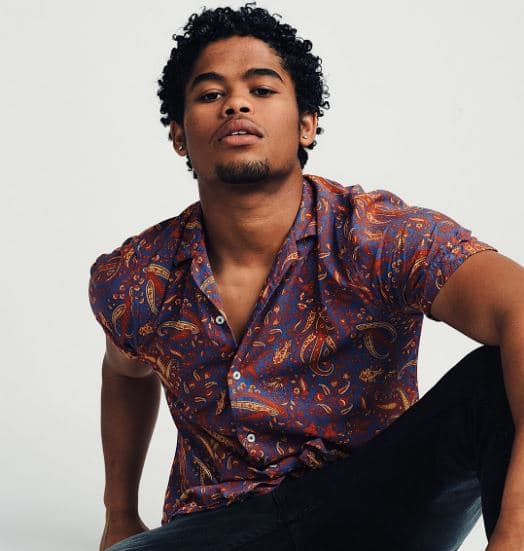 Isaiah John is the living proof that nothing is impossible from hard-work. He had to struggle for seven years before finally landing a significant role. While most of you may know him from Snowfall, the actor started acting at age 14, appearing in minor roles before making it big.

He made a remarkable impression and earned a legion of fans from his role in the FX series and is now also making way to Netflix in 2020.

Isaiah was obsessed with acting at a young age and would often put on an act for his parents. Although his parents did not believe much in his dreams, the actor proved them wrong after he booked his first gig in the short movie, No Way Out, at age 14 without no acting training. His first appearance motivated him to join acting classes and improve his acting skills. Moreover, the aspiring actor gained technical knowledge working on sets as a production.

Likewise, he shortly landed roles as a guest in TV and minor roles in films until he was cast for his first major role alongside Boris Kodjoe in the movie Downsized. However, his breakout role came when he was hired to play Leon Simmons in the FX’s Snowfall. Before landing his breakthrough role, Isaiah had to work as a janitor as it gave him the flexibility to pursue his acting career while being able to pay the bill. Moreover, he also appeared in the 2020 Netflix Orginal, All Day and a Night as TQ. As of 2020, Isaiah John’s net worth is still under review.

Despite being famous as an actor, Isaiah John has been very secretive with his dating life, unlike many celebrities from his age. The actor has kept his life private and has not shared any details on his girlfriend if he has any. Moreover, there are also pictures hinting the possibility of him being in a relationship on his Instagram and other social media accounts.

However, we also need to consider that the actor might like his life private and has no plans to make his relationship public or might just be focused on his career. Regardless, we will have to wait for Isaiah to share on the subject, and till then, we will assume him to be single.

Isaiah K. John was born in 1995 in Atlanta, Georgia. He celebrates his birthday on November 16, which makes his age 24. His mother, Pamela, raised him alongside his sister Racquel and his brother Ivan. He has not shared the details of his father. Isaiah’s family is also involved in entertainment as his mother used to be a rapper, his sister is an actress, and his brother is a stuntman.

He holds an American nationality and comes from African- American ethnicity. Isaiah Jones has a height of 5 feet and 8 inches.