The social media platform has made people easy to socialize and interact with friends, family, and others. Likewise, Twitter is one of the platforms which a lot of people use and are familiar with.

Well, people are also familiar with the co-creator of Twitter, who is none other than Jack Dorsey. Other than Twitter, he has also founded Square, an IT-based financial management company.

Let’s delve inside to learn more about the computer genius!

Jack developed an interest in computers at an early age. Soon he started programming, and at the age of 15, he developed a dispatch software that is still used in recent days by some cab companies.

While he was studying at New York University, he first brought up the idea of Twitter. In 2000, he started a company that delivered couriers and emergency services through the web.

Also, Jack co-founded Twitter and became CEO of Twitter in 2006. Eventually, in 2010, he founded Square Inc., a small business platform on a mobile device that accepts debit and credit.

More so, Jack is also a part of the board of the Berggren Institutes Governance Center and the Walt Disney Company.

Jack, who has proven his worth as an entrepreneur and keeps on adding more wealth to his net worth. He has also received a title as one of the wealthiest billionaires on the planet by Forbes.

According to Celebrity Net Worth, Jack has an estimated net worth of $3 billion.

Own Mansion Worth $22 Million

Owner of two multibillion-dollar companies, Jack Dorsey, owns $22 million worth mansion in the breezy Sea Cliff neighborhood of San Francisco. His flat-roofed midcentury estate is treacherously cantilevered over a craggy, near-sheer bluff and graced with spectacular views of the bay.

His two stories tall house was built-in 1962 with five bedrooms and three baths in nearly 3,600 sq. feet. It also includes a detached two-car garage and .62-acres of steep blufftop property.

While peeking inside Jack Dorsey’s personal life, people might be wondering that the charming personality must have had a lot of girls crushing on him. Surprisingly, he is not yet married; however, has dated popular faces.

Jake was first rumored to be dating an American entrepreneur Kate Greer after they were spotted together in 2010. Sadly, their relationship did not work and separated after some time.

Interestingly, in 2013, people got a chance to seen them together again after Kate posted a picture of them cuddling together on vacation in Japan. 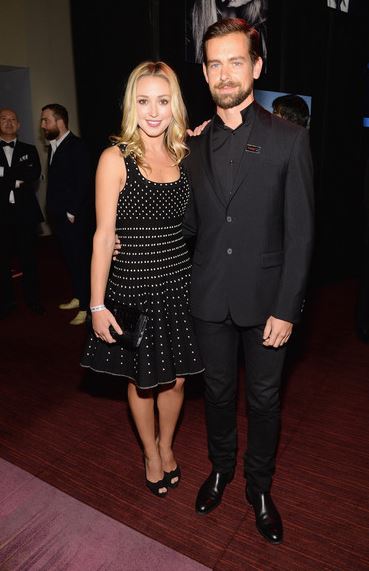 In addition to his relationship, while Jack and Kate broke up, Jack supposedly dated British model and actress Lily Cole in 2012. However, they broke up after some time, and Jack eventually got back together with Kate.

Furthermore, now, whether Jack and Kate are together is not known as Jack has not given an insight into his dating life lately. Nothing can be said at the moment as Jack does not comes forward to speak on the matter.