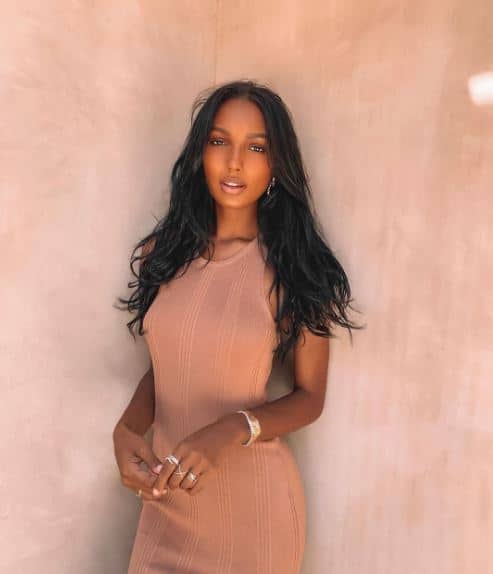 Jasmine first appeared for ugg boots and Gap in 2010 and later appeared for DKNY in 2011. For her charismatic style, Style named her the top new model, and she made her debut in the Victoria’s Secret Fashion Show in 2012.

Since then, she has appeared in many top magazines such as Vogue, Harper’s Bazaar, W, and much more. Jasmine has walked the runway for several designers like Ralph Lauren, DKNY, Missoni, Tom Ford, Calvin Klein, Dolce & Gabbana, Tommy Hilfiger, Louis Vuitton, Prada, Versace and more.

Furthermore, she has appeared in advertising campaigns for Jimmy Choo, DKNY, Gap, and Victoria’s Secret. In 2015, she officially became a Victoria’s Secret Angel and was selected to wear the Victoria’s Secret Fashion Show Fantasy Bra (worth $3 million in 2016) at the 2016 show, held in Paris, France. In 2016, she also made it to No. 17 on Forbes, “The World’s Highest Paid Models,” with estimated earnings of $4 million. As of 2020, the model, Jasmine Tookes, holds a net worth of $5 million.

The Victoria Secret Model Jasmine Tookes is taken by her boyfriend, Juan David Borrero, a Snapchat Partnerships Manager. The couple started dating in 2016, and their romance has not fiddled since then. Likewise, the couple also has kept their relationship with Instagram officials and shares adorable pictures on Instagram. Moreover, they also share photos of each other on Instagram on their birthday.

Furthermore, they also celebrate their anniversary on September 29. Jasmine shared a picture with her boyfriend with the caption “365 x 2.” to mark their second anniversary in 2018. Before dating Juan, Jasmine was in a relationship with Tobias Sorensen. The couple met at the club and exchanged numbers and slowly started dating. The couple was also work-out partners before splitting up in 2016 after being together for four years.

Jasmine Danielle Tookes was born in 1991 in Huntington Beach, California. She celebrates her birthday on January 26, which makes her age 29. She was raised by her mother, Cary Robinson, and father, Sean Tookes. Her mother is a celebrity fashion stylist, and Jasmine was discovered at one of her mother’s showroom appointments. She also has a younger sister, Chloe Danielle, who is following her footsteps to become a fashion model.

Jasmine holds an American nationality and comes from Brazilian descent. The stunning model has a height of 5 feet and 8 inches.