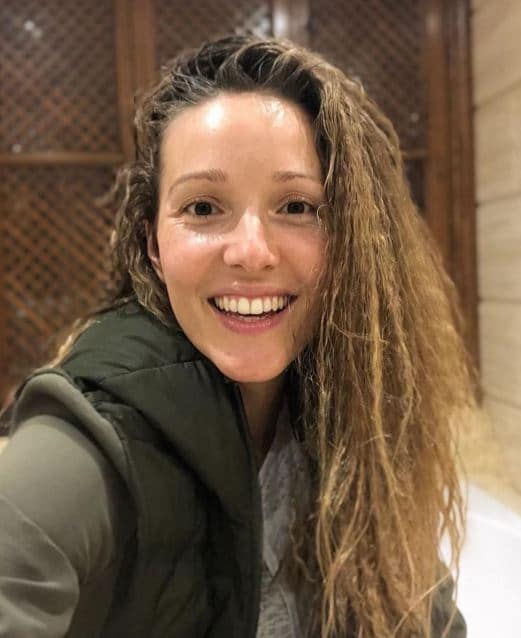 Tennis superstar Novak Djokovic and Jelena Djokovic, both tested positive for the coronavirus after Novak returned to Serbia from his Adria Tour exhibition tournament in Croatia. Novak faced several criticisms as he had not maintained social distance during the tournament, which also brought many backlashes.

However, the tennis player can always seek the support of his wife, Jelena, who has been supporting him from day one. Learn more on Jelena Djokovic and get to know facts on Novak Djokovic’s wife.

Jelena is the director of the charity Novak Djokovic Foundation, which aims to help children in Serbia realize their dreams by improving the country’s education system. However, not much is known on Novak Djokovic’s wife’s career and net worth.

On the other hand, Jelena’s husband is one of the most famous and successful tennis players in the world and is also regarded as one of the greatest tennis players of all time. He has bagged 17 Grand Slam singles titles, including Wimbledon five times. In 2016, he became the third man to hold all four major titles at once and the first ever to do so on three different surfaces. As of 2020, Jelena Djokovic’s Husband has a net worth of $220 million.

Jelena is married to the Tennis star, Novak Djokovic. The couple met when both of them were involved in the tennis program at High School in 2005. While Jelena left her dreams of becoming a tennis player, she did not leave the side of Novak. The duo even maintained a long-distance relationship when Jelena went to Italy for her higher studies.

In 2013, the duo decided to take their relationship to the next level and got engaged. Jelena and her high school boyfriend turned into husband and wife after tying the knot in July 2015. Likewise, Jelena and her husband first introduced their child three months after their marriage, a son named Stefan. Sadly, Jelena was pregnant with a second child when her husband was alleged to have been cheating on her. However, things worked out at the end, and Jelena introduced a daughter named Tara.

Jelena Ristic, aka Jelena Djokovic, was born in 1986 in Belgrade. She celebrates her birthday on June 17, which makes her age 34. Regarding her parnts, she is the daughter of Miomir Ristic and Vera Ristic. She also has an elder sister named Marija Ristic. Novak’s wife attended Bacconi University in Milan, earning a degree in business administration, and she also holds a master’s degree in luxury brand management from the International University of Monaco.

She holds Serbian nationality and ethnicity. Jelena is also quite popular on social media sites like Instagram, where she has over 513k followers.