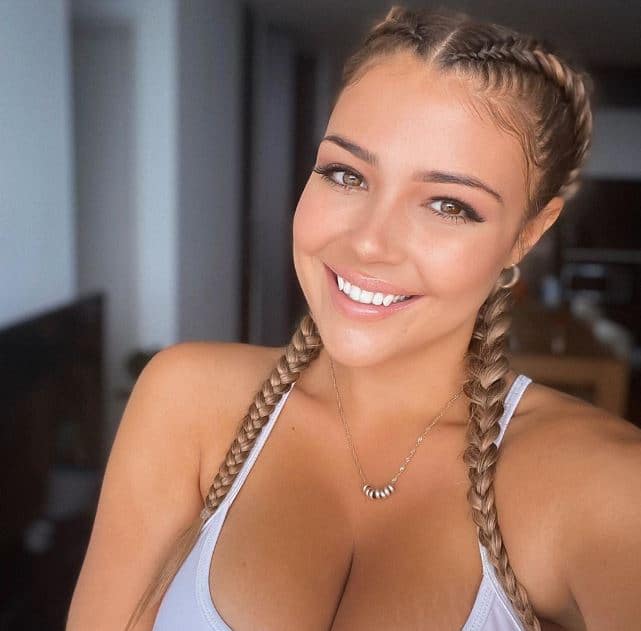 Among many Instagram influencers, Jem Wolfie has undoubtedly kicked a notch to remain unique among all of them. She is not a teenager model but a qualified chef and a basketball player. However, she turned to social media after she understood the potential it had for a lucrative career. Moreover, she is not one of the multi-millionaire influencers earning millions in a year. Learn more on Jem Wolfie and how she managed to become such successful.

Before her social media career, Jem was a full-time chef and competitive West Australia Basketball League Player. She was a chef apprentice at Feral Brewing Company and later worked at Perth’s Taylor’s Café. Likewise, she also had launched her own food business, Good Eats. However, she shut it down in 2018 but still sells eBooks and recipes.

Regardless, she found the most success on Instagram, where she uploaded many pictures of herself. Later, she earned endorsements from brands like Bang Energy, Happy Way, and Fat Burners Only. Moreover, her earning boosted when she opened an account on Only Fans. She has more than 10,000 fans on the platform, who pays a $15 monthly fee for her exclusive content. She reportedly earns around $30,000 in a day from Only Fans alone. Besides, she also has over 2.7 million followers on Instagram and has various merchandise on sale. As of 2020, Jem Wolfie’s net worth is estimated to be around $4 million.

Jem has been a huge Influencer on Instagram and has captivated many followers through her fitness lifestyle. However, her fans are often curious to know who the beautiful lady is dating. Nonetheless, it seems that she seems to be quite independent in her dating life for now. Likewise, she has not shared pictures with her boyfriend of any sort and has also not appeared publicly with anyone.

Although she has shared a few pictures with boys on her social media, the influencer has not confirmed her relationship with any of them. However, we keep doubt as she might be hiding her relationship from the public to avoid unwanted media attention. Nonetheless, we assume her to be single unless she appears publicly with anyone.

Jem was born in 1991 in Perth, Australia. She celebrates her birthday on August 7, which makes her age 28. Her Australian mother and Czechoslovakian father raised her. She has not revealed much on her family and early life. Likewise, she graduated from Helena College.

Caption: Jem wolfie with her mother

Jem Wolfie has a height of 5 feet and 7 inches and weighs around 61kgs. Jem holds Australian nationality and comes from a mixed ethnicity.