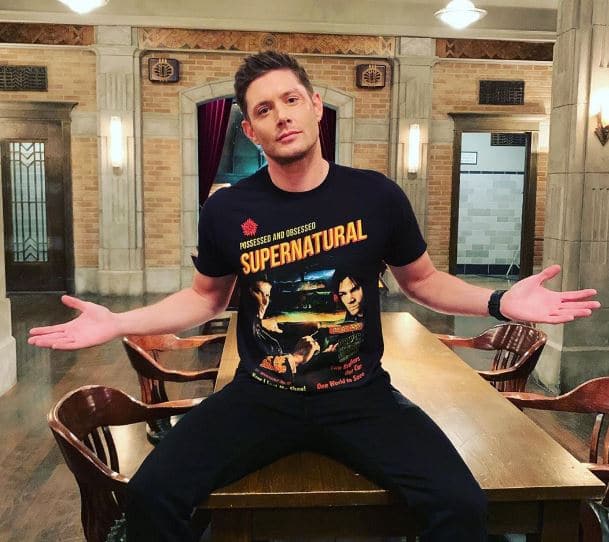 As the Supernatural ended after long fifteen seasons, fans were forced to bid goodbye to their favorite characters, including Dean Winchester, who was played by the amazing actor, Jensen Ackles. Jensen is a prominent actor and has played huge roles in TV shows like Days of Our Lives and Smallville. Likewise, the actor has also provided his voice to many characters in video games.

Jensen Ackles was modeling as a child before he took acting seriously. He started his career in 1996 with brief roles in movies like Cybill, Sweet Valley, Me. Rhodes and came into prominence in 1997 after he earned a role as Eric Brady on Days of our Lives. Later, he also won the Best Male Newcomer at the Soap Opera Digest Awards and was nominated three Daytime Emmys for Outstanding Younger Actor in Drama Series.

After leaving Soap Opera, Jensen made an appearance in Blonde, Dawson’s Creek, and Dark Angel. However, his most prominent role came in 2005 when he started on the CW show, Supernatural, as Dean Winchester. His earning on the show was around $175,000 and has appeared in more than 318 episodes in 15 seasons. His other film credits include Ten Inch Hero, Wishbone, and Smallville. Besides, he also has a voiced character on video games like Tron: Evolution and Batman: Under The Red Hood. As of 2020, Jensen Ackles holds a net worth of $14 million.

The Supernatural star, Jensen, has been married for over a decade to his loving wife, Danneel Harris. Like him, Jensen’s wife is also an actress and has appeared in movies and TV shows. Likewise, the actors were friends for over a decade before taking their relationship to the next level. However, they started dating in 2006 and tied the knot in 2010 and has been together ever since.

Nonetheless, the two lovebirds have also crossed paths on movie sets as they both appeared in the 2007 comedy, Ten Inch Hero, and on CW show where Jensen appeared in Supernatural and his wife was cast on One Tree Hill. The couple resides at Austin, Texas, with their adorable three children. They have a daughter, Justice, who is the eldest and a twin, Arrow, and Zeppelin.

Jensen Ross Ackles was born in 1978 in Dallas, Texas. He celebrates his birthday on March 1, which makes his age 42. Likewise, the actor was born to his mother, Donna Joan, and father, Alan Roger Ackles, who is also an actor. Besides, he has a brother, Josh, and a sister, Mackenzie. Initially, Jensen pursued a career as a physical therapist and studied sports medicine at Texas Tech University but moved to Los Angeles to start his acting career.

Jensen holds an American nationality and comes from a mixed ethnicity of English, Irish, Scottish, and German. He has a tall height of 6 feet.