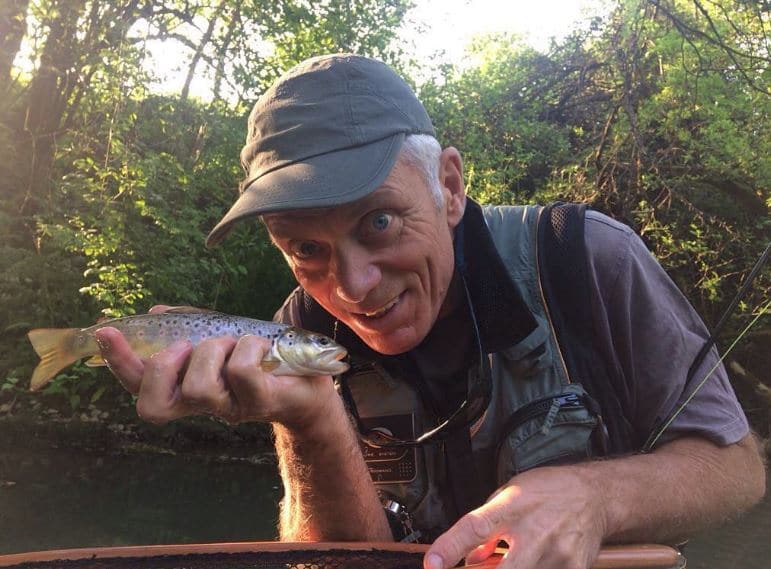 Jeremy Wade, a British TV Personality, is renowned for his TV Show, River Monsters, which is a show about fishers and hunt for the fishes. He came up with the idea of the show while he was in India in 2005, and the stories of fishermen inspired him to create the show. Apart from being a TV Presenter, Jeremy is also the author of books like “Somewhere down the Crazy River” and “River Monsters: True Stories of the Ones that Didn’t Get Away.”

Well, if the story of Jeremy Wade sounds interesting to you, then stay tuned with this page for his detailed information.

Jeremy, as a child, always had an interest in fishing when he lived on the banks of Suffolk’s River Stour and started his journey of catching fishes at the age of seven. His parents also helped him to learn tricks to pick finish in the river and let him stay out all day fishing in the river.

In 1982, Jeremy made his first trip overseas in the Himalayan range of India with a minimal amount of £200 and lasted three months. During his journey, he managed to catch some fish weighing up to 18 pounds and gained a long lasting experience in the Himalayas. On his return to England, Jeremy wrote an article and sent it to a fishing magazine.

It was his second trip to India that brought the idea of the TV Show, River Monsters, when he heard different stories of local fishermen in India. In the show, he investigates about disappearing fisherman and a giant fish in the river. The particular episode focused on how he caught the Goonch Catfish and helped the locals and became a fascinating treat for the audience.

Jeremy hosted the TV Show, River Monsters, for nearly a decade from 2009 to 2018. Later, he became the TV presenter of Jeremy Wade’s Mighty Rivers in 2018. Also, he made his appearance in the movie, Blood Lake in 2014 as Lamprey Expert. With all these works, Jeremy’s net worth is approximately $2 million.

Jeremy lives a very hectic life as he travels to different places for his hunger to help local fishermen across the globe. In the TV Show, we see him going to India to help the poor fishermen as well as to the rivers of Arizona and keeps himself occupied with his work.

Jeremy is an unmarried man who is in his early 60’s but still going on with his life without having any companion. His social media platforms are full of his work related to catching big fishes and his TV Show but show no clue of being in a relationship. Well, there have been rumors of him being gay, but those rumors are completely false.

Jeremy was born in Ipswich, Suffolk, England, on March 23, 1956. He is of British nationality, and his birth sign is Aries. Jeremy completed his schooling from Dean Close School and earned a degree from Bristol University in Zoology.

Jeremy is fluent in languages like French, Spanish, and English. Additionally, he was a biology teacher in Kent.