Who doesn’t know Jimmy Kimmel; he is one famous star from ‘Jimmy Kimmel Live’ show. Today, his happiness has crossed all limits as his son William John’s surgery is completed successfully. The man of the show Kimmel’s son Billy’s news of surgery came out on Monday. His son is just seven months old and he suffered from heart problems by birth.

The surgery was dated in the month November, but because of some issues with cold and weather, he and his wife Molly decided to postpone the surgery.

had a scheduled and successful heart surgery this morning.

The famous TV persona Jimmy, who is in 50 years of age, welcomed the fourth baby with his wife Molly McNearney in April 2017. Back then, he revealed his child’s health problem and how his 3 days old son went through surgery in LA.

In his show, he explained his son’s surgery with tears.

Basically, the pulmonary valve was completely blocked and he has a hole in the wall between the left and right sides of his heart.

He had surgery recently, but he (William) should go through next open-heart surgery within 3 to 6 months.

William John is fourth child of Jimmy but is second child of Molly. With her, he has a daughter named Jane and has two kids, Kevin and Katie from Gina Kimmel.

The ABC Network revealed Jimmy to be out of the show for some time. Jimmy decided to be with his son for a while. For a time being, other renowned stars like Neil Patrick Harris, Chris Pratt, and Tracee Ellis Ross will be hosting program.

The loyal viewers of the show should wait about a week to see him again in the show. Well, its a good news for all his fans and followers too!

Be with us for more updates! 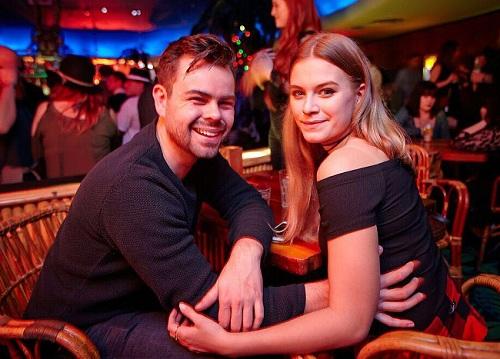