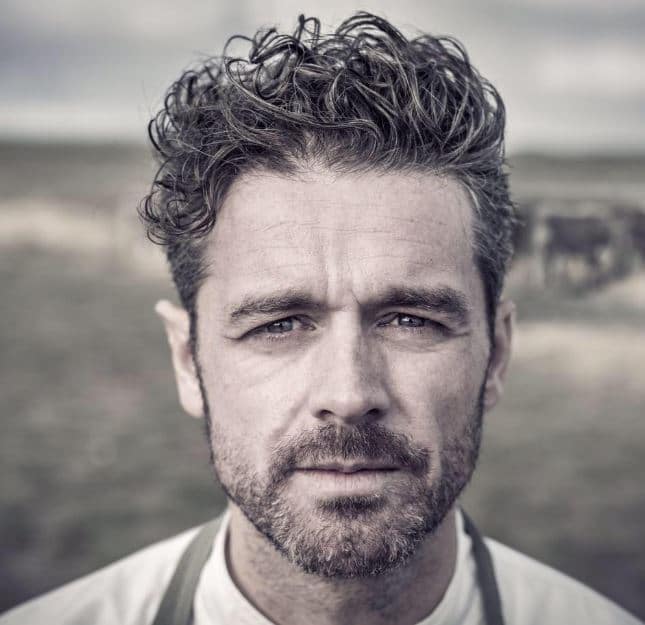 Jock Zonfrillo is a famous Scottish celebrity chef, philanthropist, and television presenter, who is the owner of Restaurant Orana in Adelaide. The chef is now on the headlines for being one of the new judges of MasterChef Australia alongside Melissa Leong and Andy Allen.

Jock is now going through the tough time as he has been forced to stay away from his pregnant wife, amid COVID-19 outbreak. Moreover, many of the MasterChef’s fans have claimed the new three judges are boring.

Jock, who started his culinary career at the young and has bagged numerous awards and recognition, is earning huge cash from his involvement in the culinary world.

For winning the 2018 Basque Culinary World Prize, he received $162 thousand cash prize. As of 2020, Jock Zonfrillo’s net worth is reported to be around $5 million. His restaurant is the primary source of income, whereas he also collects hefty from appearing in events and shows.

Before traveling to Australia to work with Dietmar Sawyere in Restaurant Forty-One, he worked for David Cavalier and Marco Pierre White. He became the head chef at the age of 22, at The Tresanton Hotel, England.

Jock, in 2016, started a not-for-profit foundation named The Orana Foundation, where he aims to preserve sophisticated cooking methods and ingredients of First Australians. As per his Insta bio, he is also the founder of the Australian Flavour Lab.

Jock, along with Andy Allen and Melissa Leong, was announced as the new judges of MasterChef Australia in October 2019.

Well, everyone might know that Jock is a married man. He enjoys a healthy marital life with spouse Lauren (Fried) Zonfrillo. The duo, who dated for a long term, tied the knot on January 1, 2017. His wife is a famous businesswoman who appears on Gruen as a panelist.

Do you know Lauren is his third wife? Yes, he is married three times and is already the father of three children, two (Ava and Sofia) from his previous marriages, and one (son Alfie) with third wife, Lauren.

Now, Lauren and Jock are expecting their second child together. As the MasterChef judge is exposed to many people every day, he is now forced to stay away from his pregnant wife and children.

Jock’s father, who is currently in his late 70s, was exposed with a couple of guys who are now tested positive for corona, is presently in self-isolation.

Talking about Jock’s parents, his father is an Italian, whereas his mother is Scottish. The chef got enrolled at Belmont Academy, but, left the school to start an apprenticeship in kitchens of The Turnberry Hotel.

Do you know, Jock was into drugs and was addicted to heroin leading him to be homeless and financial poor? Jock started doing drugs at the age of fifteen in the 1980s.

While sharing his dark shaded past, he claims that Marco Pierre White was the one to save his life. Speaking with The Advertiser in 2017, he revealed that he knocked Marco’s door in search of a job at the age of seventeen.

Marco then arranged for him to stay in a youth hostel and lent him some money. He was into drugs until he moved to Australia back in 2000. The last time he did drugs was at Heathrow Airport while flying to Sydney with his first wife.

Jock claimed that his love of food has also helped him beat the addiction.