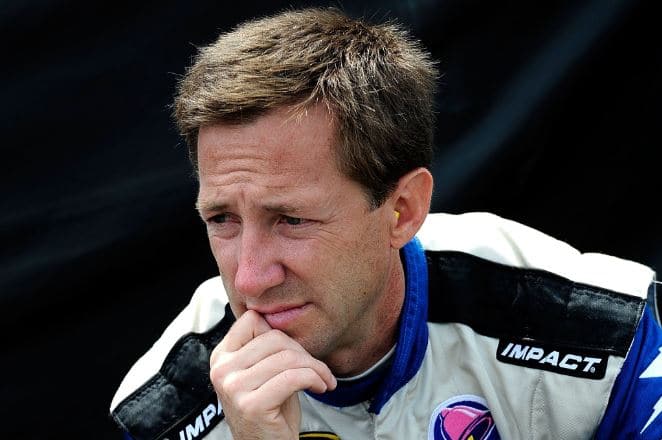 NASCAR community mourns at the tragic death of their beloved racer, John Andretti. He died on January 30, 2020, at age 56. He had colon cancer, which he disclosed on April of 2017. Likewise, his cancer relapsed two times despite being deemed cancer-free in late 2017 and January 2019.

Upon his death, Andretti Autosport released a statement that read,

“We will forever carry with us John’s genuine spirit of helping others first and himself second. Our prayers today are with Nancy, Jarret, Olivia, and Amelia, with our entire family, and fans worldwide. We urge all our followers to, please, #CheckIt4Andretti.”

Upon his tragic death, many tweets came flooding on social-media to pay tribute and share condolences to his family.

“So sorry to see this. Our thoughts are with the Andretti family and friends.”

“Our sincere sympathies and thoughts are with the Andretti family.”

Unfortunately, Andretti’s family is yet not ready to disclose the information on his funeral as they are still mourning the departure of their beloved family member. However, we will surely update on the subject once his family releases a statement on his funeral.

Coming from a family of racers, John made his debut in 1993, starting in the 31st position and finishing the race in twenty-fourth. Throughout his career, he raced in 17 seasons and had competed in 393 races, winning twice, earning 37 top-10 finishes.

Likewise, he retired in 2010 after winning CART, ISMA, GTP, Rolex Sports Car Series, and NASCAR. Besides, he also made five appearances at the Indy 500 and 10 appearances in the IndyCar circuit. Before his death, John Andretti held a net worth of $20 million.

Before his death, John was only married once to his beautiful wife, Nancy Andretti. After dating in high school, the couple tied the knot in 1987. Likewise, he also influenced his wife to follow sports.

He had three children; Jarret, Olivia, and Amelia. His son, Jarret, followed his footsteps and is a USAC driver, making his debut at Indianapolis Motor Speedway in May 2019.

John was born on March 12, 1963, in Bethlehem, Pennsylvania, U.S, and died at age 56. He was brought up by his father Aldo and mother Corky. Likewise, his father is a twin brother to Indianapolis 500 winner Mario Andretti. He also had a younger brother, Adam Andretti, and was the first cousin to IndyCar champion Michael and Jeff Andretti.

John’s birth name was John Andrew Andretti. He graduated from Moravian College, earning his degree in business management. He had shared that he would have a career in finance if he did not start racing.  He held American nationality and came from white ethnicity.