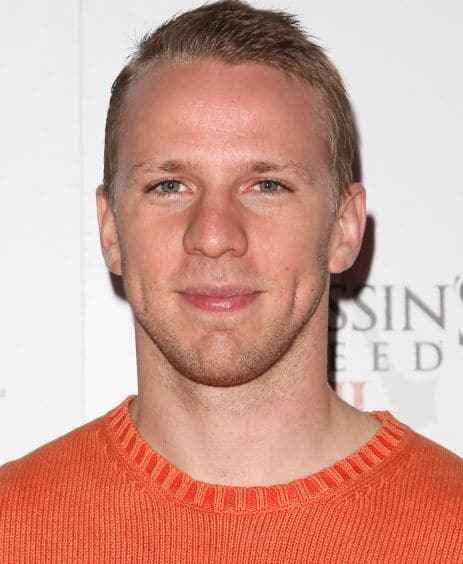 John Gammon is one of the few recognized actors from the sitcom The Middle, despite not being a lead role. John played the role of Darin in the show. Fans could not stop loving the actor for his positive, enthusiastic, simple, and loving character. Despite not having much success on his career, later on, John’s character remains one of the most well-known and loved characters among fans of the show.

Get updated on John Gammon and know his life after the show.

John Gammon won the attention of the viewers when he played the role of Darin in The Middle, a sitcom that started in 2009. Apart from playing a boyfriend to the lead character, he also appeared in a couple of other shows like We Are Douchebags and Jax in Love. He also appeared in a movie named I Am Singh in 2011. Despite all his roles, his most success came from his role as Darin, a loving character who was always positive.

Besides acting, John also has a career as a real Estate Investor in Cleveland, Ohio. He manages various real-estate works as house-flipping, buy-hold, property management, and many others. John has yet to share his earning and salary. As of 2020, John Gammon holds an estimated net worth of $300,000.

John Gammon has maintained a low key love life, rarely speaking on the subject of dating. The actor has not been spotted dating anyone and has not appeared publicly with a girlfriend of any sort. While he had an on-screen affair with Sue in the ABC series, The Middle, John seems to be single in real life.

Although there are chances of him dating behind the media, we cannot be too sure unless he speaks on the subject himself. Moreover, there are many rumors of him being gay. Regardless, the rumors often arise when a celebrity remains single for a long time, so we will ignore it.

John Gammon Anderson was born in the U.S.A. However, there has been no information on his age as he has concealed his birthday. Similar to his love life, John has not shared much on his family and early life either. However, he had spoked about his siblings in an interview. He is the youngest of three siblings. Growing up, his brother and sister would often force him to act certain acts, which honed his skills further.

He earned a B.A degree in Spanish/History from Loyola University and also has a Minor Degree in Latin American Studies from New Orleans, Louisiana. He has a height of 5 feet and 7 inches and possesses blue eyes and brown hair.